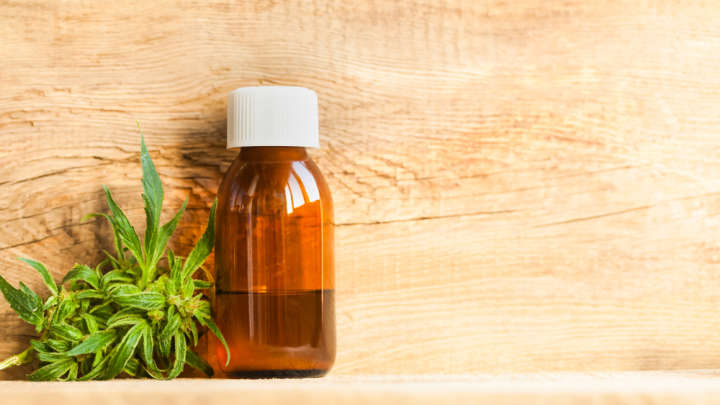 A 13-person expert panel unanimously recommended the US Food and Drug Administration (FDA) to approve a new drug derived from cannabis as a treatment for two severe and rare types of childhood epilepsy, making drugs containing cannabinoids (CBD) one step closer to federal approval.

If the FDA follows the group’s recommendation, UK-based GW Pharmaceuticals’ syrup will be the first drug made from cannabis to win federal approval.

The recommendation comes after the company presented to an independent panel of experts a three-phase series of clinical trials showing the experimental medication – which does not get the user high – significantly reduced seizures in children with severe and early-onset forms of epilepsy. Both Lennox-Gastaut (LGS) and Dravet syndromes begin in infancy and cause sudden stiffening of the body, arms, and legs. More than 90 percent of patients with LGS or Dravet Syndrom have multiple seizures a day, according to GW Pharmaceuticals.

It’s not clear how the medicine, Epidioleax, reduces seizures, but a briefing document published April 19 suggests CBD is “clinically meaningful and statistically significant” in doing so. The company advises parents to monitor children for potential liver damage and lists common side effects as diarrhea, fatigue, vomiting, and sleep problems. In the report, the drugmakers concluded CBD has a negligible abuse potential.

More than two dozen states allow medical marijuana, but federal approval has not been granted for any medical use. Despite its prohibition, some parents have been using cannabidiol, or CBD oil, to treat children with the condition. CBD is one of more than 100 chemicals found in the cannabis plant. It doesn’t contain the psychoactive tetrahydrocannabinol (THC) ingredient. Earlier this year, a 36-study review confirmed evidence for the effectiveness of cannabinoids in managing epileptic seizures, showing consistent evidence that compounds from cannabis “often reduce the average frequency of epileptic seizures” where conventional drugs have failed.

As much as 10 percent of the world’s population live with active seizures, according to the Epilepsy Foundation, 60 percent of whom don’t know the cause.

A decision is expected from FDA regulators by the end of June. If approved, Epidiolex would be available for prescription in child patients two years and older with hard-to-treat forms of epilepsy. Doctors could have the option to prescribe the oil for other uses, potentially spurring new pharmaceutical research and interest in other cannabis-based products.

The kicker, as always, is the price. The company declined to comment on the price of the drug, reports USA Today. The publication says Wall Street analysts estimate it could cost more than $25,000 per year.

Mary JaneA Marijuana-Based Drug Is On Track For FDA Approval For The First Time Ever07.03.2018