Based on the growth of the Alaska Medical Marijuana Industry, we have created Alaska Marijuana Shops.

Alaska was among the first states in the US to create laws governing the production, dissemination and use of medical marijuana. In 1998, the state came up with a law that made it legal for qualifying patients to access and use medical marijuana. However, the law has been criticized for leaving out vital provisions on a variety of issues. For instance, the law does not clearly lay out how medical marijuana card holders and their caregivers can access marijuana or even plants. 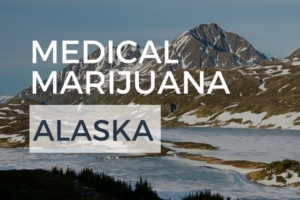 It is these glaring inefficiencies that most medical marijuana users are hoping to have solved by future regulations on marijuana use.

On election day 2014 residents of Alaska said yes! to legalized marijuana.? The new law went into effect on February 25, 2015. The regulatory phase for recreational pot shops will be completed in late November 2015 and applications for store licenses will be accepted around February 2016.

Marijuana use by adults in the state of Alaska was legalized back in November 2015. This means that adult Alaskans can be able to legally possess and use marijuana in the privacy of their homes.

However, even with this legislation, it is important to note that the state is yet to come up with the necessary regulatory framework as seen in other states where marijuana use and sale is legal. Residents of the state are waiting to see exactly how the relevant authorities are going to sort the above raise issues and make marijuana use safe for all.

?Alaska’s laws regarding marijuana possession and usage can be found here.