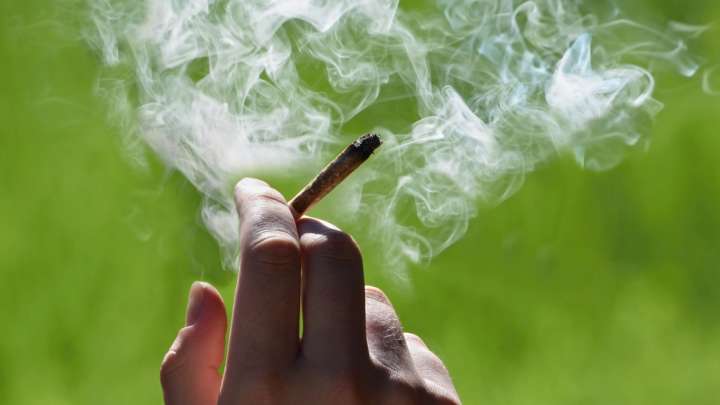 Want to know how high you are? There’s an app for that. Or rather, there could be very soon.

While it is now perfectly legal to light up a spliff in nine US states (29 if you count medical marijuana), there is no accurate way to tell how stoned a person is. A drunk driver can be assessed with a breathalyzer but for several reasons, a similar device cannot be used to test for marijuana intoxication.

So instead, the government is funding the development of an app, which they’ve simply called Am I Stoned?

Right now, it is just a prototype and there are still a few glitches to figure out (more on that later) but the results so far have been promising.

The app has been designed to work out how high a user is based on their performance on a series of digital tasks that can be completed on mobile or desktop. The tasks test the user on their cognitive speed, reaction time, fine motor ability, and memory, which the app then compares to the user’s baseline (created when they weren’t high).

In a double-blind study, researchers tested both the mobile and desktop versions on 24 volunteers. Some had been given a placebo, others a mild dose (7.5 milligrams) of THC, the psychoactive compound found in cannabis, and the rest were given a higher dose of THC (15 milligrams).

The results were not perfect. The mobile app was able to accurately assess whether the user was impaired in just one of the four tasks. The desktop version did a little better and correctly predicted whether or not a user was high in three of the four tasks.

“The effects of THC on performance may be subtle, so we need highly sensitive tasks to detect impairments,” explained Elisa Pabon, a doctoral student at the University of Chicago who presented the results at the American Society for Pharmacology and Therapeutics on Tuesday.

“It is likely that the computer tasks, which took 15 to 20 minutes to complete, were more sensitive to THC impairment because they provided more opportunity to detect a drug effect.”

Aside from the obvious, there are a few other issues the researchers need to smooth out. For example, there are certain effects of marijuana, including vigilance and judgment planning, that are not currently being tested for and which would help the app accurately assess how high the user is. It also does not consider the fact that with a little practice a user could improve their performance over time and outsmart the app.

For now, it seems, the users themselves might be the best measure of how stoned they really are. The study found that users were “generally aware” of whether they were high or not.