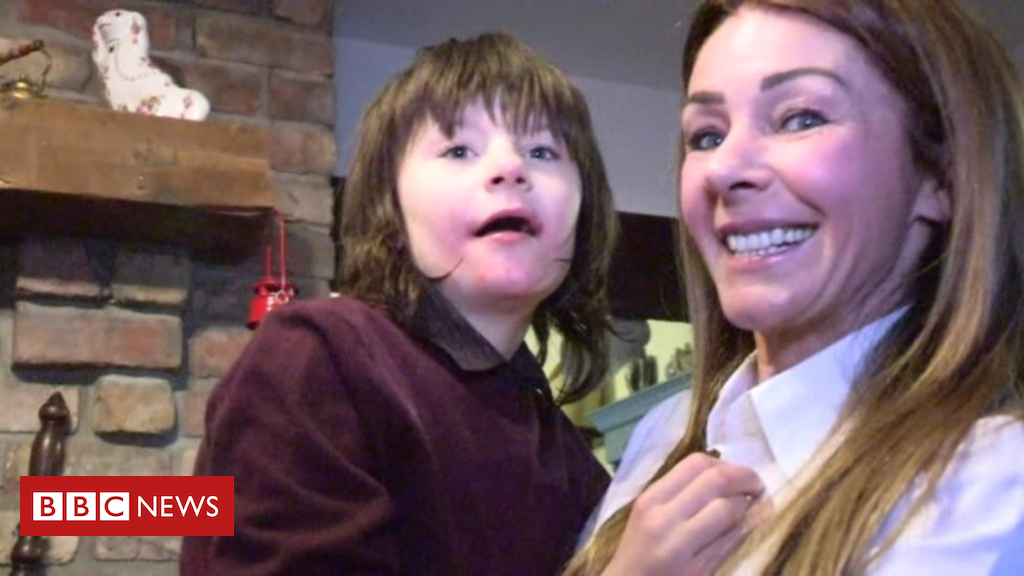 A severely epileptic boy suffered two more seizures overnight, his mother who wants to continue treating her son with cannabis oil has said.

Charlotte Caldwell, from County Tyrone, said she was “full of hope” that a solution would be found.

Her son Billy Caldwell, 12, began using cannabis oil in 2016 to control his seizures but his most recent supply was confiscated at Heathrow Airport.

According to MP Órfhlaith Begley, the Home Office has now released the oil.

In a tweet, the Sinn Féin MP said: “I’m delighted to say that I have just spoken with Charlotte to tell her that I have received official confirmation that Billy is going to receive his medication and it is on its way.”

The Home Office had earlier said it was in contact with Billy’s medical team.

In a statement to reporters on Saturday, Ms Caldwell, said she was “overwhelmed” by the professionalism and expertise of doctors at Chelsea and Westminster Hospital, where Billy is being treated.

She said: “The hospital staff, Billy’s team and the Home Office are all working together. I’m confident we will find a solution. I’m praying for a miracle.”

According to Mrs Caldwell, when Billy uses the oil as his anti-epileptic medication, his “life-threatening” seizures are dramatically reduced.

Billy, from Castlederg, started the treatment in 2016 in the US, where medical marijuana is legal.

In 2017, he was prescribed the medication on the NHS. But in May this year, his GP was told he could no longer do so.

Last Monday, Ms Caldwell tried to bring a six-month supply of the oil – to treat up to 100 seizures a day – into the UK from Canada but the substance was confiscated by officials at Heathrow airport.

His family said he was taken to hospital when his seizures “intensified” in recent days.

The Home Office said it was in contact with Billy Caldwell’s medical team to “carefully consider” options. A spokeswoman said it was “deeply sympathetic to the extremely difficult situation that Billy and his family are in”.

Ms Caldwell previously said the situation was “beyond cruelty”. She said: “We’ve now reached the point where Billy is too ill to travel to get his medication, but his medication is stored minutes away from where we’re now living in London.

“Despite the best and honest efforts of the NHS, frontline doctors are fighting Billy’s condition with both hands tied behind their back because the only medication that will be effective is the cannabis oil [with a banned component].”

She said doctors in Canada and Northern Ireland who were familiar with Billy’s case have described her son’s situation as life-threatening.

“The medicinal cannabis that he’s had access to the last 19 months had been doing an amazing incredible job at controlling his seizures, so this sort of has thrown me a wee bit,” she added.

“Medicinal cannabis for Billy was his anti-epileptic medication.”

On Friday, she said Billy had had “back-to-back seizures”.

“On his medication, which included the vital but banned THC component, he was seizure-free for more than 300 days,” she said.

“If Billy dies, which is looking increasingly possible, then the Home Office, and (minister) Nick Hurd, will be held completely accountable.”

Billy’s family later said he could now only be treated with hospital-administered medication because doctors said it was too dangerous to treat him with “rescue meds” at home.

A Home Office statement said it was “deeply sympathetic to the extremely difficult situation that Billy and his family are in”.

“Billy is in the care of medical professionals who are best placed to assess the care and treatment that he requires,” it said.

“The Home Office is contacting Billy’s medical team. If the team treating Billy advise a particular course of urgent action, the Home Office will carefully consider what options are available to help facilitate that advice.”

Mary JaneBoy could die unless given cannabis oil, says mum06.17.2018