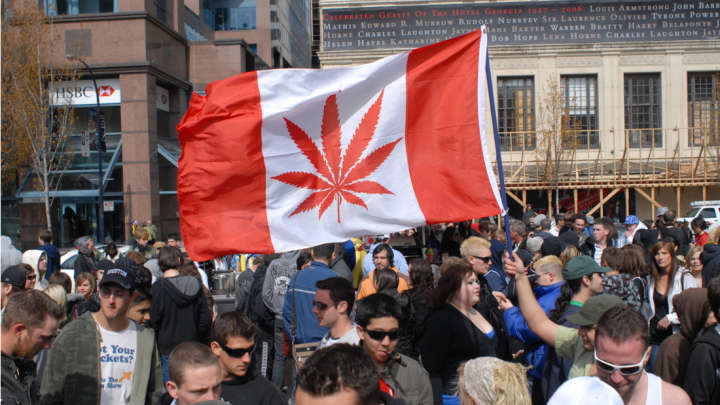 Canada is now set to become only the second country worldwide to legalize the recreational use of cannabis after the Senate voted overwhelmingly to change the laws. The new legislation could see marijuana sold legally in shops as early as September.

The new bill, known as The Cannabis Act, controls and regulates how the drug is grown, distributed and sold. It means that Canadians can now legally grow up to four plants in their own household, and carry up to 30 grams of dried cannabis for personal use. Anyone found to be carrying more than this amount, or providing it to minors – anyone under the age of 18 or 19 depending on the province – will be breaking the law.

Medical marijuana has been legal in Canada since 2001, and in response to popular opinion, the Liberal Party committed to legalizing it for personal use during the elections of 2015. Now, the Cannabis Act has finally been voted through in the nation’s upper chamber by 52 to 29 votes on Tuesday.

It means that Canada now joins Uruguay as the only two countries in the world where recreational cannabis is now legal, as technically it is still illegal in the Netherlands although the law is not actually upheld. In Portugal, which famously relaxed its drug laws, the possession and use of the drug is decriminalized, but not legal.

The move by Canada is likely to cause a headache south of the border, and twist an already strained relationship with the current US government. Currently, 29 states have legalized medical marijuana, with nine of those going the whole way and opening it up to personal use. But there have been previous suggestions that the White House may try and stem the recreational use by enforcing federal laws to override individual states.

The Canadian Prime Minister Justin Trudeau has been tweeting his support of the successful vote, writing: “It’s been too easy for our kids to get marijuana – and for criminals to reap the profits. Today, we change that.” It has been estimated that the legal sale of the drug could eventually be worth up to C$7 billion annually.

Clearly, there are those members of parliament who are dismayed by the move, but these were massively outweighed by others happy to see the end of cannabis prohibition, and the relaxing of the laws.

Mary JaneCanada Votes To Legalize Cannabis For Recreational Use06.22.2018