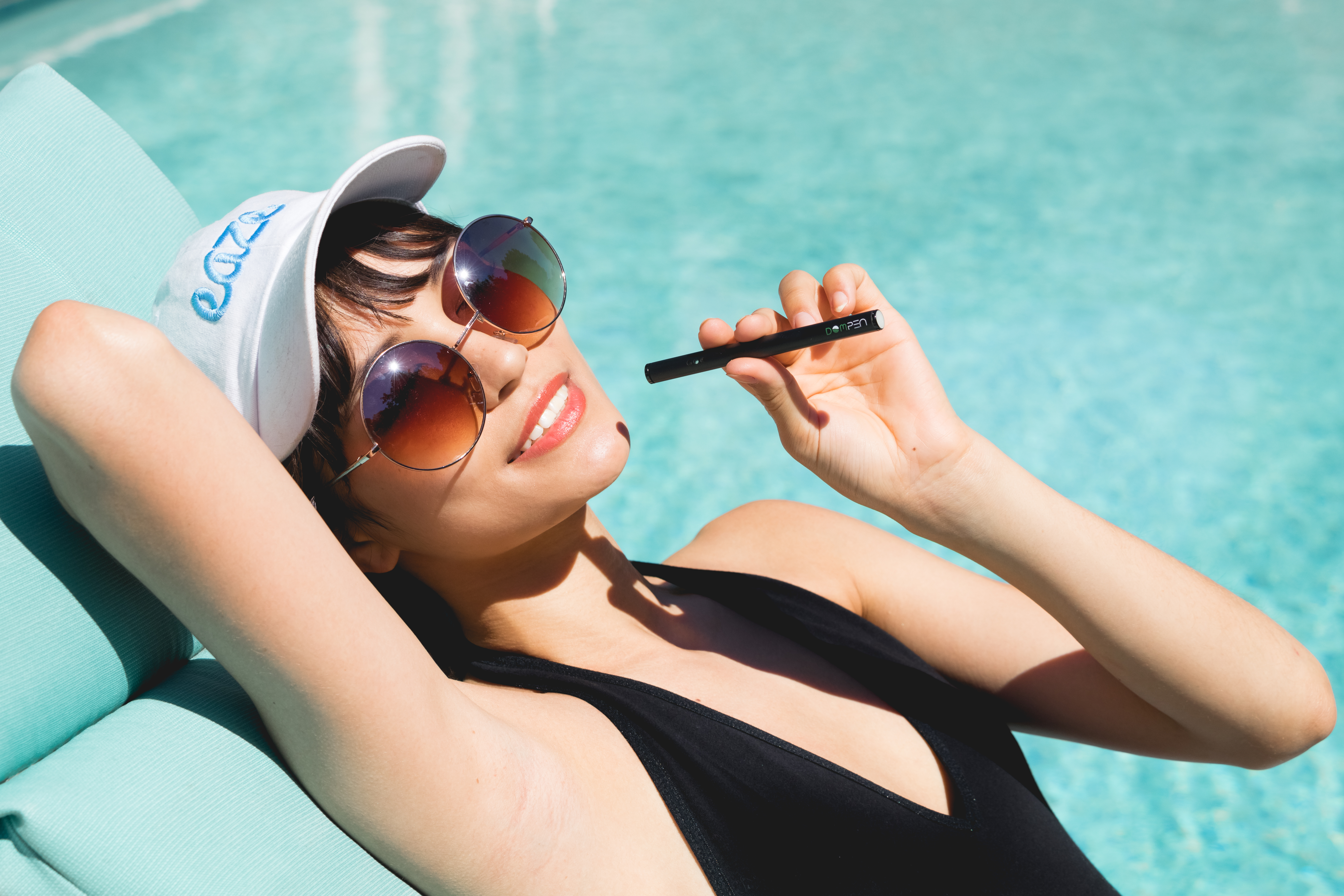 The cannabis industry has lit up in the last year, including weed delivery startup Eaze, which just raised $27 million in Series B financing and claims a 300 percent year-over-year increase in gross sales.

But the weed delivery startup has come under scrutiny recently for burning through at least $1 million in cash per month. In contrast, other software-based pot delivery startups like Meadow have played it lean, focusing more on improving the software and logistics.

Eaze has gone hard on marketing spend, using aggressive growth tactics and burning through the $24.5 million it had previously raised in VC cash.

New CEO of the company Jim Patterson, who took over the role in December 2017 explains his approach as just part of the Silicon Valley cycle to get ahead, “We are a tech startup…we’re investing in growth,” he told TechCrunch when asked about the high burn rate. “We’re investing the money now in what’s clearly going to be a very big market.”

Part of the pop in the pot delivery industry is due to tech finally meeting the needs of the medical marijuana community in the state of California, where Eaze operates. Eaze uses its proprietary software to help consumers with a medical marijuana license in the state buy pot from local dispensaries and then delivers those purchases to their door.

However, California is set to begin issuing licenses for the cultivation and selling of the plant for recreational use at the beginning of 2018, which will open up a whole new revenue stream for Eaze and others in the space.

Colorado, a state where recreational use of the drug has been legal for a couple of years now, is reportedly pulling in nearly $100 million in pot sales per month and the marijuana industry is slated to balloon to a $24 billion dollar business by 2025.

Eaze is making the bet on high growth now to cash in on a good piece of those profits later, telling TechCrunch this was the reason for the Series B raise.

We should note that its conceivable other larger tech companies in the delivery logistics space like Amazon could just as easily decide to get into the space, crushing little startups like Meadow and Eaze in the process.

Patterson admits that’s not a far-fetched scenario but doesn’t think it will happen. “If you’re doing anything in retail and not thinking about Amazon at this point you’re crazy,” he said. “But the reality is [weed delivery] is still complicated at the federal level.”

Medical marijuana is now legal in 29 U.S. states and the District of Columbia. Laws recently passed for Arkansas, Florida and North Dakota have yet to become effective. Recreational use is legal in eight states, though, as mentioned above, certain licensing provisions don’t take effect in California until the new year.

It may not be so complicated as more states adopt marijuana legalization for both medical and recreational use in the years ahead and Patterson doesn’t count out future competition from the Everything Store.

“But I do think we have a couple of years and hopefully Eaze will be a lot bigger by then and by then maybe it will be less scary than it would be now with only 80 employees,” he told TechCrunch.

Bailey Capital led the round, with participation from DCM Ventures, Kaya Ventures and FJ Labs.