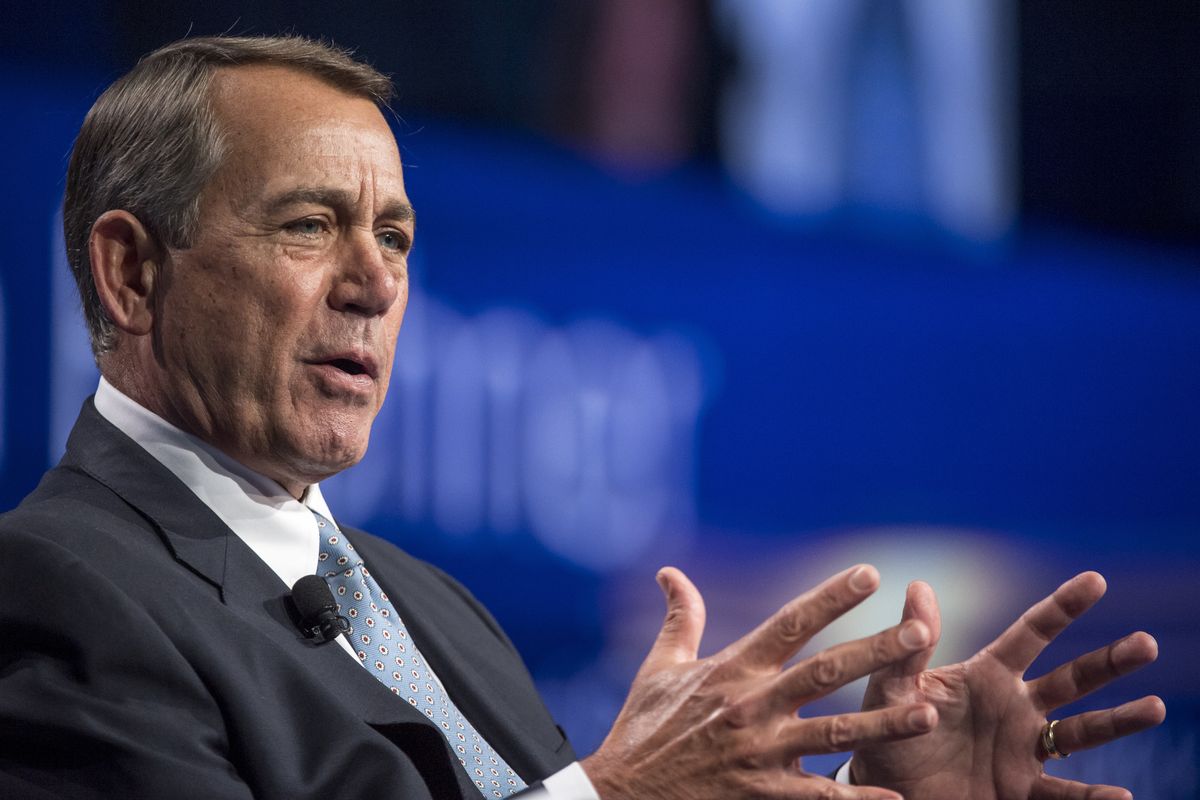 The U.S. marijuana industry has a new spokesman: John Boehner.

The Republican former Speaker of the House has joined the advisory board of Acreage Holdings, a company that cultivates, processes and dispenses cannabis in 11 U.S. states. Boehner’s endorsement, after saying nine years ago he was “unalterably opposed” to legalization, could be considered a watershed event: Marijuana has gone mainstream. 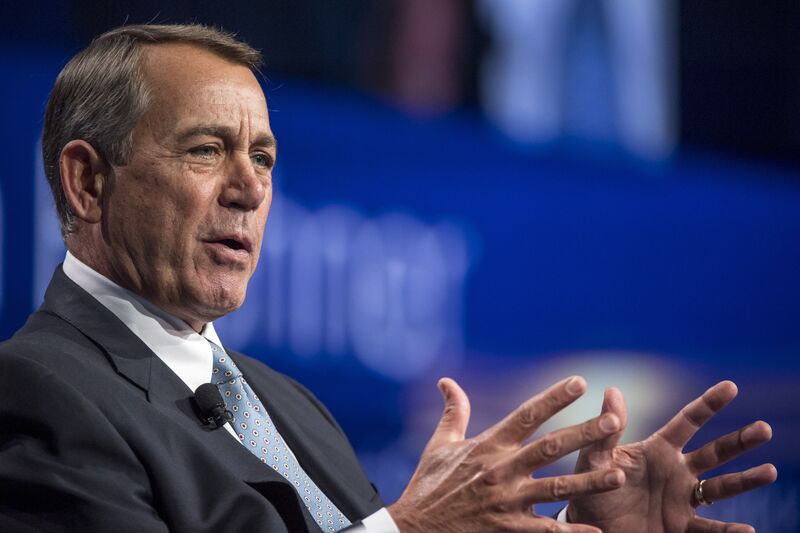 “Over the last 10 or 15 years, the American people’s attitudes have changed dramatically,” he said in an interview. “I find myself in that same position.”

Sixty-four percent of Americans, including a majority of both Republicans and Democrats, want to legalize it, according to an October Gallup survey. That’s the most since the pollster began asking the question in 1969, when 12 percent of the population favored legalization.

Former Massachusetts Governor William Weld will join Boehner on the advisory board of Acreage, which holds 35 licenses for cannabis businesses in the U.S. Boehner, 68, was first elected to the House of Representatives from Southwest Ohio in 1990. He was Speaker from 2011 to 2015, when he resigned amid problems with an increasingly fractious Republican caucus.

Since then, he’s served as a board member for tobacco company Reynolds American Inc. and adviser for global law firm Squire Patton Boggs US LLP. Weld, 72, who was governor from 1991 to 1997, was the Libertarian Party’s candidate for vice president in 2016.

“We view this advocacy that we get from these two gentlemen as immensely positive for the industry,” said George Allen, Acreage’s president.

The politicians are a sign of a watershed moment for the industry, according to Vahan Ajamian, an analyst at Beacon Securities Ltd.

“It is difficult to overstate the impact of this monumental event for the U.S. cannabis sector,” he said in a note Wednesday after Bloomberg broke the news.

The two former Republican politicians join Acreage as current officeholders vacillate on their support for weed. President Donald Trump has gone back and forth, while Attorney General Jeff Sessions is a longtime opponent. The Justice Department in January rescinded the Obama-era policies that allowed state legal pot markets to flourish. 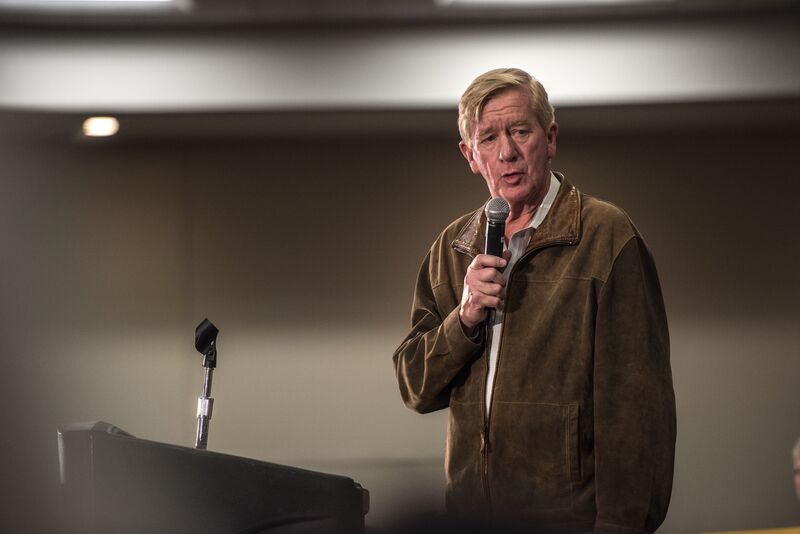 Both Boehner and Weld say they’ve never tried the drug, but adult recreational use is legal in nine states and Washington, D.C. That means more than one in five American adults can partake. Twenty additional states allow for some form of medical marijuana. The legal market is expected to reach $75 billion by 2030, according to the investment bank Cowen & Co.

Still, the drug remains federally illegal and is classified as a Schedule I narcotic, the harshest of five government ratings.

Weld said he’s been in favor of medical marijuana since 1992 and supported the referendum that legalized recreational pot use in his home state in 2016.

“I was a little bit ahead of the field there,” he said in an interview.

Even so, his belief in the functionality of the plant has grown, he said, especially when it comes to easing the opioid crisis.

“Cannabis could be perceived as an exit drug, not a gateway drug,” he said.

Boehner said his perspective shifted after he saw the plant’s efficacy in helping a close friend deal with debilitating back pain. Marijuana’s potential use as a treatment for veterans helped sway him, too. Plus he’s been studying the problems of the U.S. criminal justice system for years.

“When you look at the number of people in our state and federal penitentiaries, who are there for possession of small amounts of cannabis, you begin to really scratch your head,” Boehner said. “We have literally filled up our jails with people who are nonviolent and frankly do not belong there.”

On top of all those reasons to support the plant, Boehner and Weld say the debate over legalization is, at its core, a discussion of the 10th Amendment of the U.S. Constitution, which allows states to do what they want.

“If some states don’t want marijuana to be legal, that’s their prerogative,” Weld said. “But that shouldn’t be dictated by the nanny state in Washington.”

Despite the GOP mostly lauding the amendment, Republican politicians have been split on the cannabis issue. Sessions’ harsh words for marijuana, and his decision to roll back Obama-era protections, didn’t deter Boehner or Weld’s decisions to get involved with the industry, they said.

“When I saw the announcement, I almost chuckled to myself,” Boehner said, referring to the policy reversal. “I don’t know why they decided to do this. It could be that the attorney general is trying to force the Congress to act.”

The politicians’ years in public office may help the company navigate the winding road to federal legalization.

Neither Boehner nor Weld has made a financial investment in Acreage, though Weld says he’s considering it.

“Millennials who will inherit the kingdom before long, they are even more positive about cannabis than the populous at large,” Weld said. “You can look at the trend of millennial opinion and you can see the future.”