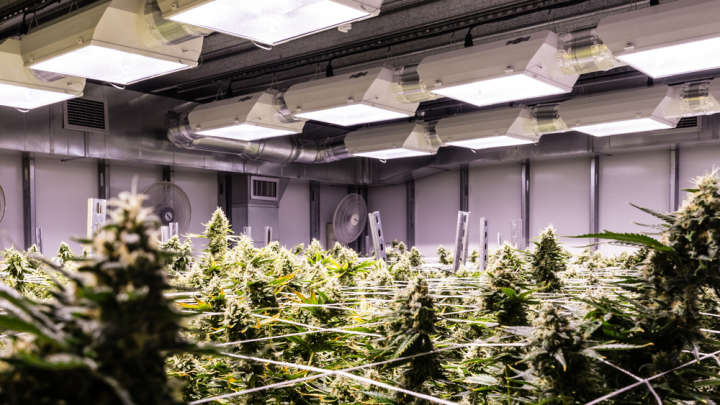 Within a relatively short period of time, large parts of the US have passed some form of legalization which allows the possession and distribution of medical marijuana. There’s relatively sturdy evidence that marijuana can help tackle some symptoms for a handful of conditions, such as reducing chronic pain or stimulating the appetite of people undergoing chemotherapy.

This relaxation of the law has helped bring marijuana out of the shadows and into the shiny world of marketing and advertising. So, just like any other advertised product or drug, bold claims about cancer-curing properties require bold evidence, which currently doesn’t exist.

That’s why the US Food and Drug Administration (FDA) has publicly issued warning letters to a bunch of companies to stop peddling unproven claims about products containing cannabidiol. The FDA says four companies – Greenroads Health, Natural Alchemist, That’s Natural! Marketing and Consulting, and Stanley Brothers Social Enterprises LLC – have all made claims about the cancer-curing properties of their product on their websites, social media, or in shops.

Their advertising has included claims such as: “[cannabidiol product] makes cancer cells commit ‘suicide’ without killing other cells,” “anti-proliferative properties that inhibit cell division and growth in certain types of cancer,” “Combats tumor and cancer cells,” and “effective in treating tumors from cancer – including breast cancer.”

So far, these claims remain unverified by science. Despite the memes and the fuzzy YouTube videos you might have seen, there simply isn’t enough evidence to say that cannabinoids or cannabis can cut the risk of cancer in people.

“Substances that contain components of marijuana will be treated like any other products that make unproven claims to shrink cancer tumors,” FDA Commissioner Scott Gottlieb said in a statement.

To become FDA-approved, a drug or product must undergo an evaluation of whether they work, what the proper dosage is, how they could interact with other drugs, and whether they have dangerous side effects. Otherwise, you could be wasting your time and money on drugs that don’t actually do what they claim or, worse still, harming your health.

“We don’t let companies market products that deliberately prey on sick people with baseless claims that their substance can shrink or cure cancer and we’re not going to look the other way on enforcing these principles when it comes to marijuana-containing products,” Gottlieb added.

“We recognize that there’s interest in developing therapies from marijuana and its components, but the safest way for this to occur is through the drug approval process – not through unsubstantiated claims made on a website. We support sound, scientifically-based research using components derived from marijuana, and we’ll continue to work with product developers who are interested in bringing safe, effective, and quality products to market.”