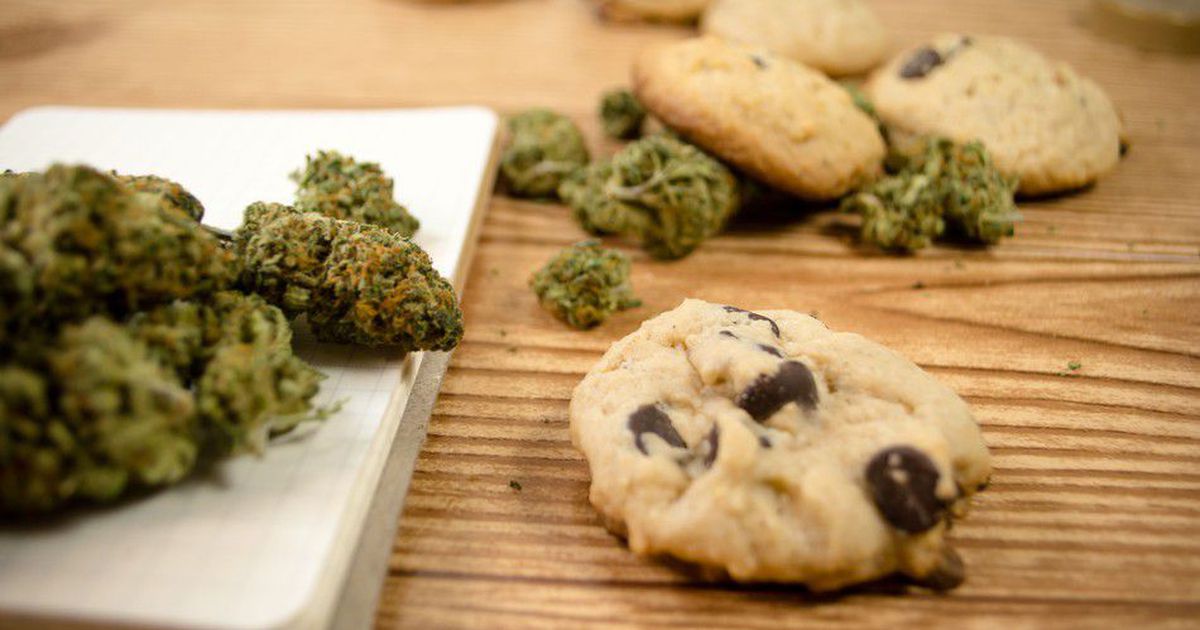 The young entrepreneur set up shop outside of Urbn Leaf, a recreational and medical marijuana dispensary in San Diego. According to local news outlet Fox 4, the girl sold more than 300 boxes in about six hours.

Urbn Leaf posted this photo on Instagram, encouraging its clientele to grab some “Girl Scout Cookies with your GSC.” (GSC is a strain of weed named after girl scout cookies, and is known for its “sweet and earthy” flavor.)

“I think our customers loved it,” said Savannah Rakofsky, a representative for Urbn Leaf. “They went out and bought boxes.”

According to Rakofsky, there was an “added value” to visiting the dispensary and getting the chance to buy Girl Scout cookies. Although it didn’t necessarily bring in customers, it did drum up publicity for Urbn Leaf. Rakofsky posted the photo as she was leaving for her lunch break, and there were already news teams at the store when she came back.

Rakofsky also said there’s a possibility of this becoming a trend.

“The funny thing is, after the news story ran, we had more Girl Scouts show up over the weekend,” Rakofsky said.

Although Girl Scouts are only allowed to sell at “approved sites” — which doesn’t include pot shops — this particular scout got around the rule by selling cookies from her wagon, and by moving up and down the sidewalk instead of staying in front of the store. Alison Bushan, a spokeswoman for Girl Scouts San Diego, told the San Diego Union-Tribune that this tactic was “gray area.”

It wouldn’t be the first time a Girl Scout racked in sales in front of a dispensary. In 2014, one savvy scout sold cookies outside of a San Francisco cannabis clinic. Girl Scouts of Northern California actually condoned it, because “the mom decided this was a place she was comfortable with her daughter being at.”

SEE ALSO: A Savvy Girl Scout Is Selling Cookies at a Cannabis Clinic in San Francisco

Rakofsky said Urbn Leaf would be “totally open to” allowing Girl Scouts to sell cookies outside their storefronts regularly, if the organization allowed it. “We have no problem,” she said. “But unfortunately that’s not us, that’s the Girl Scouts.”