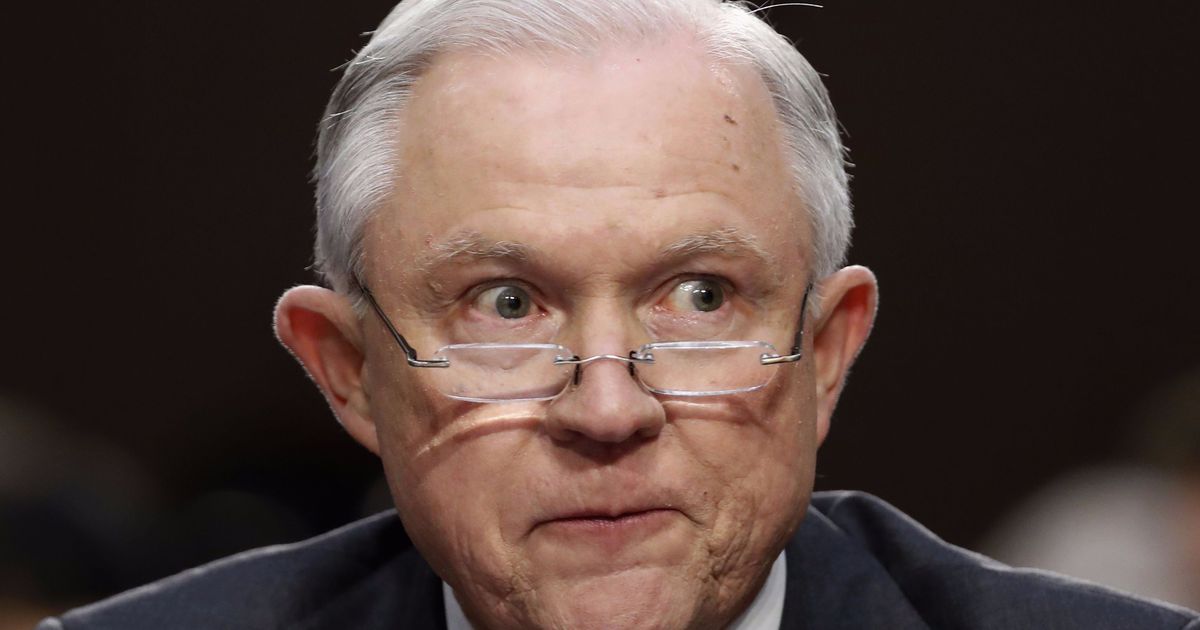 Don't do it, Jeff. Just say no.
Image: AP/REX/Shutterstock

Hello, it is I, your trusty *two-time* graduate of the Reagan-era anti-drug school campaign D.A.R.E. (short for Drug Abuse Resistance Education) here with a look at what could be done if Attorney General Jeff Sessions gets his wish of reviving the program on a national level.

Besides, not only am I a two-time D.A.R.E. graduate (once in elementary school, once in junior high), but I also share a home state Alabama with Mr. Sessions. So, Alabamian to Alabamian, I’d love to give Sessions a few pointers on mostly what not to do if he really sticks to his guns and revives the program.

The landscape is far different than it was 30-plus years ago when D.A.R.E. launched, though. For instance, marijuana, a huge target of both the 1980’s anti-drug campaign and Sessions, is now recreationally legal in a handful of states with more weighing legalization, not to mention states with legal medical marijuana.

Meanwhile, parts of the nation are continuing to fight meth addiction use while others are faced with a crippling opioid epidemic that is killing people faster than coroners can keep up with.

So the handbook is going to need an update for Sessions, who, speaking at D.A.R.E.’s conference in Texas this week (yes, it still exists, albeit without federal funding), called D.A.R.E. “the best remembered anti-drug program today.”

actually D.A.R.E. is good. it’s cool that cops came to my school fingerprinted all the kids, taught us how to spot dealers and roll joints.

Best remembered, yes. Go to any Warped Tour stop and you’ll see a dozen teens ironically wearing D.A.R.E. shirts they found at a thrift store. But that doesn’t mean “most successful”; studies in recent years have claimed that D.A.R.E. has been a pretty big failure overall.

There was the “Just Say No” campaign led by then-First Lady Nancy Reagan and, most memorably, the ongoing round of ads from groups like the Partnership for a Drug-Free America. All of these campaigns have become intertwined in our collective memory.

Those ads made a huge impression to kids who grew up during that era and those impressions aren’t exactly positive. Over-the-top, overly dramatic, tone deaf, and unintentionally funny, those ads, though separate from D.A.R.E., have, like that program, become emblematic of the “war on drugs” from the 1980s and 1990s.

And looking back through those ads and other promotions in the 1980s and 1990s, it’s easy to see why those are best commended to the past, an absurd lesson in how not to educate kids about drugs.

This is, really, the only lesson anyone needs. For the reasons I stated above regarding a new landscape, sure, but mostly because of the uphill PR battle they’d be fighting after the horrendously dated and unintentionally hilarious anti-drug campaigns of the 1980s and 1990s.

Cartoons were part of a huge push to get kids to say no to drugs. But the cartoons were also aimed at the under-12 set and, maybe I was naive, but I don’t recall anyone at my school lunch table pushing weed on me when I was 9.

It’s surreal stuff, rattling kids about weed and crack just before the hit puberty because early adolescence didn’t have enough anxiety to go with it, apparently.

And that says nothing of the cynicism that kids these days well, the whole world, really attaches to everything. Only in 1990 could Garfield, Alf, Alvin and the Chipmunks, and Slimer from Ghostbusters join forces to get a kid off dope.

But that’s nothing compared to the cognitive dissonance associated with hearing Pee-Wee Herman say, “This… is crack.”

Also, be wary of using tween/teen stars. Addressing drugs in Saved By The Bell might have seemed like a good idea at the time but all anyone remembers is that infamous scene and not for the emotional impact.

Another reason so many of the ads of that era just didn’t work (and seem even more insane by comparison) is the hyperbole injected into them. Trying to scare kids off drugs is one thing; just plain scaring the shit out of them is another.

Also, don’t try to improve on the classics. Those results never turn out good. Like the alt-rock mid-90s update to the grandaddy of all anti-drug ads, not only is it eye-rolling-level derivative, it’s just… inane.

Thanks a lot, Trainspotting.

Anyway, there’s reason to hope. D.A.R.E. has been using a program called “Keeping it REAL” in more recent years and are seeing far more effective results. So maybe a bigger, nation-wide revival could work.

Whether or not Sessions, who isn’t exactly progressive, keeps that intact remains to be seen and could make or break the program’s revival.

And resurrecting these style of PSAs as part of a new “war on drugs,” which Sessions apparently wants to do, is a way to guarantee that everything associated with this effort would fail.