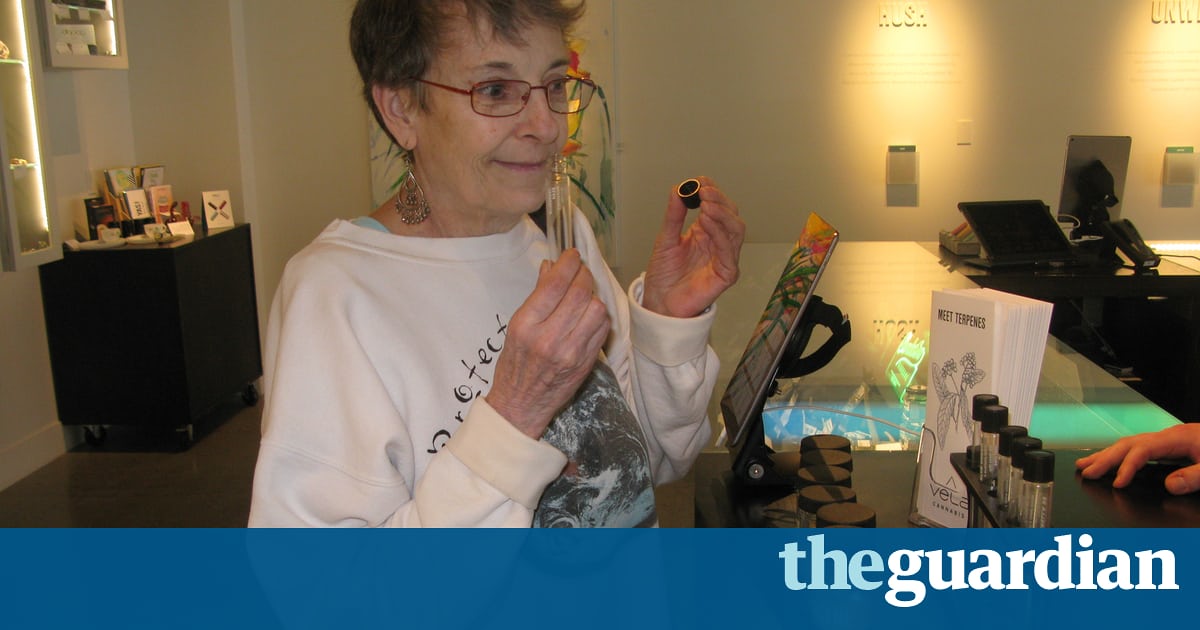 Retirement home residents take a trip to a producer 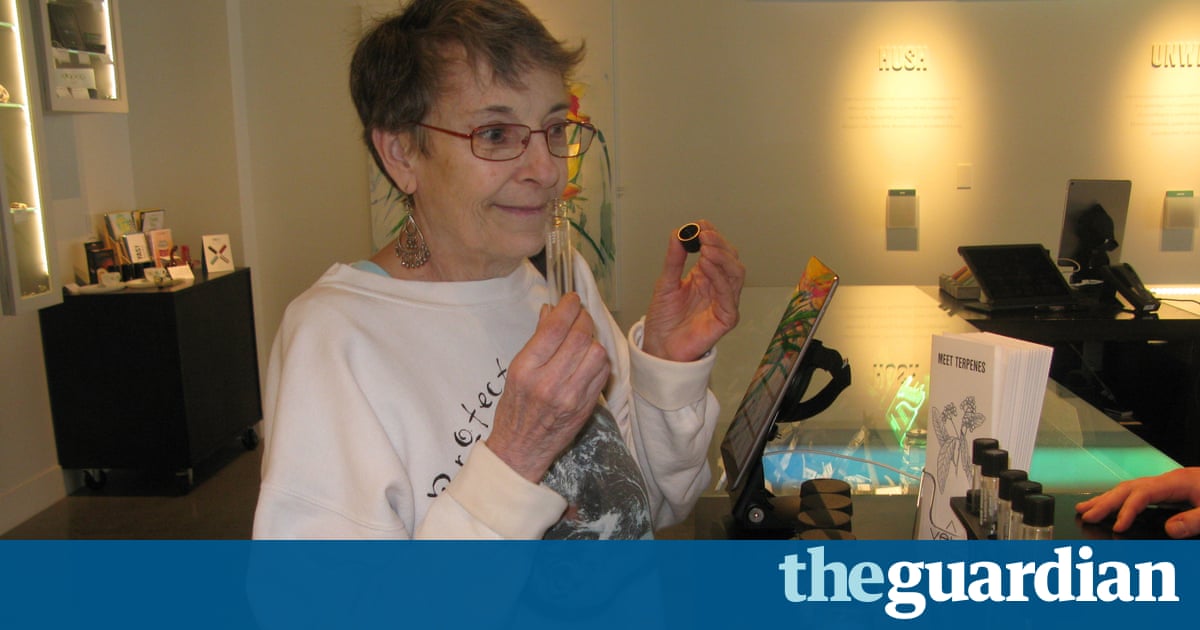 Forget bingo, tea dances and seaside trips. Residents from a chain of Seattle retirement homes are going on Pot for Beginners tours to learn about and buy cannabis in the city, where its now legal.

Connie Schick said her son roared with laughter when he heard she was joining a field trip to a cannabis-growing operation, an extraction plant and shop. The 79-year-old, who smoked the odd joint in the 70s, wanted to know how legalisation has changed the way the drug is used and produced.

Schick was one of eight women, from their late 60s to mid-80s, who descended from a minibus emblazoned with the name of their assisted living centre, El Dorado West, outside Vela cannabis store last Tuesday.

You can only play so many games of bingo, said Schick. My son thought it was hilarious that I was coming here, but Im open-minded and want to stay informed. Cannabis has come so far from the days when you smoked a sly joint and got into trouble if they found out. We used to call it hemp then and didnt know its strength. It just used to make me sleepy, so I didnt see the point.

Schick, who uses a wheelchair after suffering a stroke, is interested in the therapeutic effects of cannabis. Its so different now. There are so many ways you can take it, and all these different types to help with aches and pains.

They used to say it was a gateway drug to other things, like cocaine Lots of peoples views are changing.

Certainly, the number of people aged 65 or older taking cannabis in the US is growing. The proportion of this age group who reported cannabis use in the past year rose more than tenfold from 0.2% to 2.1% between 2002 and 2014, according to the National Survey on Drug Use and Health. A Gallup poll last year showed that 3% of those over 65 smoke cannabis.

Much of this is attributed to the ageing of the baby-boomer generation, who dabbled with the drug when they were young and are returning to it for medical or recreational use as it becomes legal and more normalised. Cannabis is now legal for medical use in 29 states and for medical and recreational use in eight (since 2012 in Seattle and the rest of Washington state).

Most of the women on the tour were more interested in the medical use, although Denise Roux, 67, said: I would like to buy it to get high too but Im a cheap high, it doesnt take much.

A seminar over sandwiches was held for thegroup as they sat in front of the large windows of the cultivation room, where they could see scores of plants growing under intense lighting.

They were told about the different strains: uplifting sativa plants and more sedating indicas. They learned about tetrahydrocannabinol (THC), which gives a high, and cannabidiol (CBD) which does not, making CBD-rich cannabis appealing for medical use. A scientist in a lab coat who worked in the processing facility spoke about terpenes fragrant oils secreted by glands in the flower that give strains their different smells and flavours. Vials were sniffed and various ways to take cannabis were also covered, including smoking, vaporising and eating it.

Roux, a retired administrative assistant, said: Im a big Google girl, but I wanted to talk to people who know about it so I can understand it all better. I have an autoimmune disease, which stops my appetite, and Im interested in marijuana from that standpoint. She added she had used cannabis recreationally in the 80s and had returned to it to help with her illness. I use a vape. It makes me sleepy and its a pain control, and it gives me an appetite.

After the briefing, it was time for shopping. The store looked like an upmarket jewellers, with muted lighting and art on the walls, except the glass cabinets in the store were stocked with pre-rolled joints, edibles including chocolates and sweets, vape pens and bags of different strains of cannabis rather than diamond rings and necklaces.

Darlene Johnson, 85, a former nurse, perused their contents. On the advice of a bearded bud tender, she bought a deep tissue and joint gel and a tincture to put in drinks, which she hopes will help with her severe neck pain. I wanted a non-psychoactive option, she said. I dont want to get high. I used to work in the emergency room and saw people come in sick from taking too many drugs, though not usually marijuana.

Her friend, Nancy Mitchell, 80, has never tried cannabis. She has MS and had read that cannabis could help with her symptoms. I wanted to know more details, she said. My kids keep telling me, Mom, try it. I dont want to smoke things, but I see there are other ways.

Smoking is not allowed at El Dorado West. Village Concepts, which runs the chain, has a no-smoking policy and it is illegal to consume cannabis in public in the state.

The chains director of corporate development, Tracy Willis, said: There was one man who was smoking it on his patio and he refused to stop, so he had to leave. If youre using an edible, we dont have any issue with it, thats your own business. We treat it as a recreational thing.

The tours began in response to questions from residents.They wanted to know where it was sold, how much money was made from it, where it was grown, said Willis. Weve had a good reaction [to the tours] from nine out of 10 relatives, but some are horrified. One angry daughter said we were encouraging marijuana use. Her mother told her to butt out.