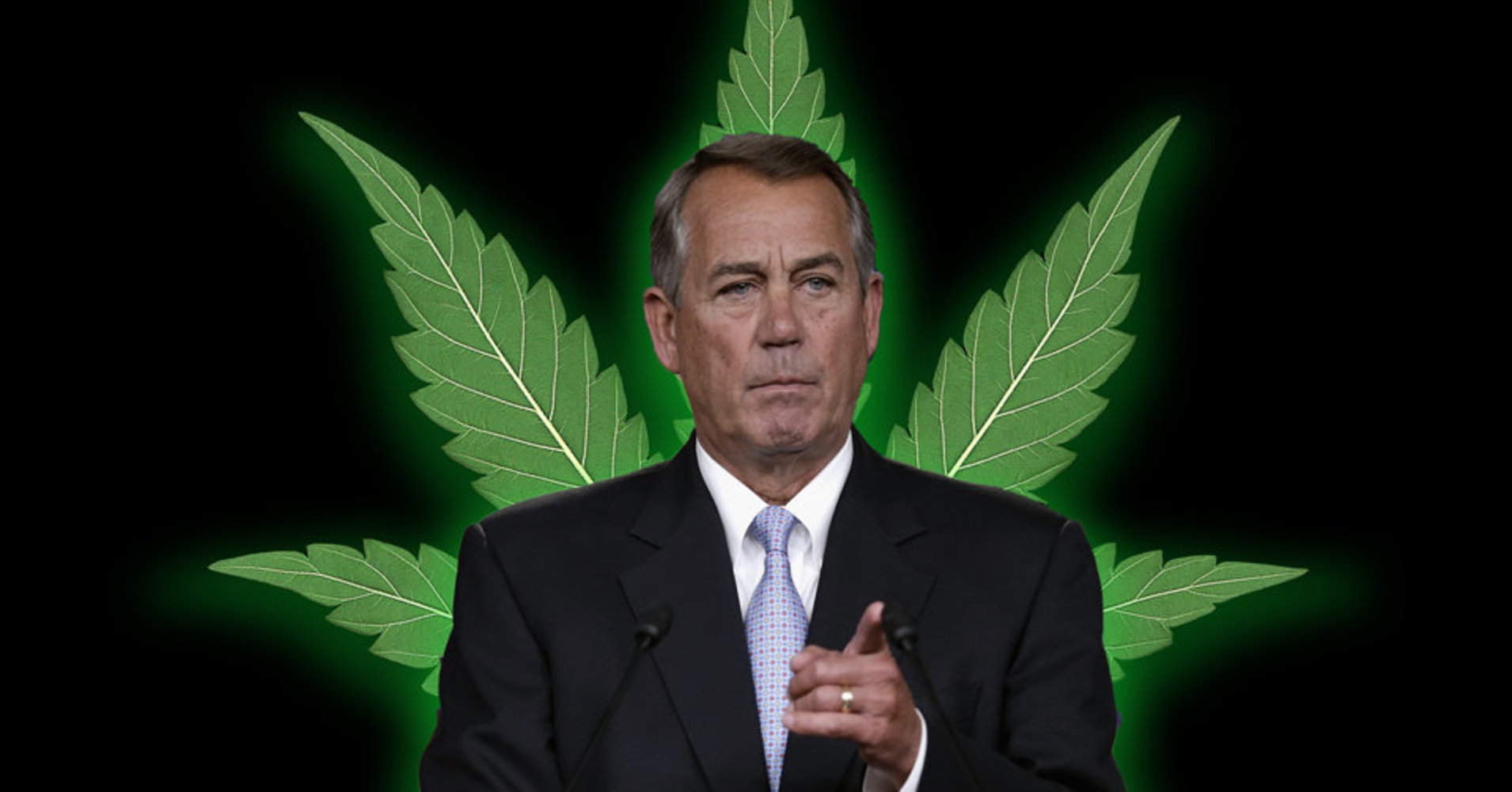 Make no mistake: John Boehner’s career after serving as speaker of the House has really gone to pot.

The former Ohio congressman has signed on to the advisory board of Acreage Holdings, a cannabis company that cultivates, processes and dispenses marijuana in 11 U.S. states.

The decision to support weed comes nine years after the Republican claimed to be “unalterably opposed” to legalization, according to Bloomberg.

“Over the last 10 or 15 years, the American people’s attitudes have changed dramatically,” he said the website. “I find myself in that same position.”

Boehner said his position on pot evolved after he saw the positive effects the plant had on a friend dealing with serious back pain.

He said marijuana has great potential for helping veterans with PTSD and reversing the opioid epidemic. He also believes de-scheduling marijuana from the Drug Enforcement Agency’s controlled substances list, saying the move would help ease problems with the criminal justice system.

“When you look at the number of people in our state and federal penitentiaries, who are there for possession of small amounts of cannabis, you begin to really scratch your head,” Boehner said. “We have literally filled up our jails with people who are nonviolent and frankly do not belong there.”

Former Massachusetts Governor William Weld (R), who has supported medical marijuana since the early 1990s, has also just joined the Acreage advisory board.

Like Boehner, he believes pot is the key to reversing the opioid epidemic.

“Cannabis could be perceived as an exit drug, not a gateway drug,” he told Bloomberg.

However, both politicians insist they’ve never tried marijuana in any of its forms.

Although President Donald Trump and Attorney General Jeff Sessions are no fans of marijuana, Boehner’s decision ― as unexpected as it may seem on the surface ― is actually mainstream.

A Gallup poll from October shows that 64 percent of Americans favor making marijuana legal. The same poll found that 51 percent of Republicans favored legalization, an increase of nine percentage points from the 2016 survey.

Acreage Founder and CEO Kevin Murphy believes having the two former politicians on the board will advance U.S. cannabis policy.

“The addition of [former] Speaker Boehner and [former] Governor Weld to our Board will lead to even greater access for patients by changing the conversation overnight,” Murphy said in a release. “These men have shaped the political course of our country for decades and now they will help shape the course of this nascent but ascendant industry.”

Some people in the cannabis industry believe Boehner’s budding involvement is a good thing.

Eddie Miller, Chief Strategy Officer for GreenRush.com, a business that is like GrubHub or Amazon for weed, thinks Boehner will lend new credibility to the whole cannabis industry.

“It will help [us] by bringing a new wave of support from conservative politicians that have never considered cannabis to be a legitimate industry,” he told HuffPost.

“With the majority of Republicans favoring legalization and states rights, it is no surprise that mainstream right-leaning politicians are beginning to gravitate towards Cannabis,” he told HuffPost by email. “Luckily for all of us, the Reagan era drug warrior platform is dying.”

However, attorney Perry N. Salzhauer, who specializes in cannabis industry law, worries Boehner’s involvement is a sign that big business could drive out the little guy.

“When a powerful political figure with ties to the tobacco industry makes a public move like this, it certainly raises fears among the smaller operators that their days may be numbered,” he told HuffPost. “Despite this, we believe that there will always be room for a craft cannabis industry similar to what we’ve been seeing in the beer and spirits industry.”