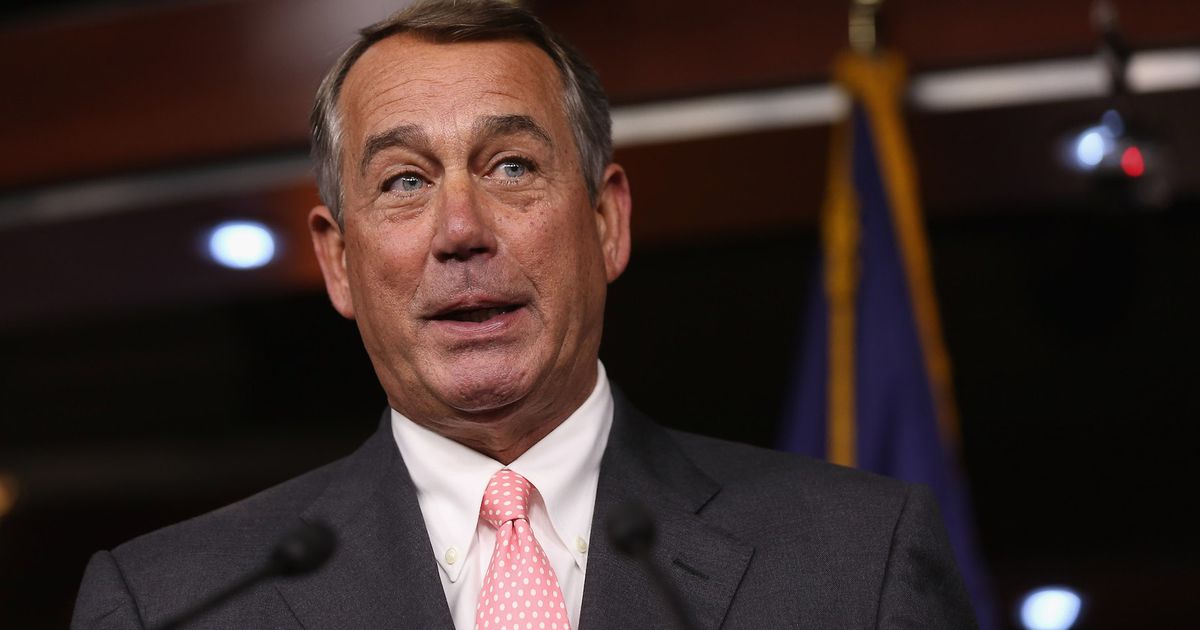 "My thinking/the profits on this matter have evolved."
Image: chip somodevilla/Getty Images

Now that he’s retired from Congress, former House Speaker John Boehner has decided to channel his inner flip-flopper and lobby for legalized weed.

Boehner announced his decision Wednesday to join the board of Acreage Holdings, “an investment company with an established footprint in the cannabis industry in the United States.”

“My thinking on cannabis has evolved,” Boehner said, sans winking emoji, in a tweet.

SEE ALSO: The largest protests in American history are happening now. Expect them to get bigger.

I’m joining the board of #AcreageHoldings because my thinking on cannabis has evolved. I’m convinced de-scheduling the drug is needed so we can do research, help our veterans, and reverse the opioid epidemic ravaging our communities. @AcreageCannabis https://t.co/f5i9KcQD0W

The former speaker’s decision comes at a time of soaring profits for the legalized cannabis industry, with $10 billion in sales recorded in 2017.

In 2011, John Boehner said he was “unalterably opposed to the legalization of marijuana or any other FDA Schedule I drug.” He added, “I remain concerned that legalization will result in increased abuse of all varieties of drugs, including alcohol.”

In fact, the former speaker spent much of his legislative career making life harder for drug users and instituting harsh penalties for drug sellers. In 1999, he voted to prohibit needle exchange and medical marijuana in D.C. — services that, arguably, help the the most vulnerable victims of the drug trade. In 2007, he voted against expanding services for ex-offenders leaving prison and re-entering public life. In 1999, he voted for a bill that allowed juveniles to be tried as adults for serious drug offenses.

Towards the end of his career in Congress, Boehner did signal an openness to getting people out of prison who “don’t really need to be there,” including non-violent drug offenders. The bill was never passed, and shortly thereafter, Boehner left Congress.

I wonder if Boehner’s thoughts on all of the drug bills he signed have also “evolved.”

WATCH: Thanks to scientists, we can now grow vegetables on Antarctica