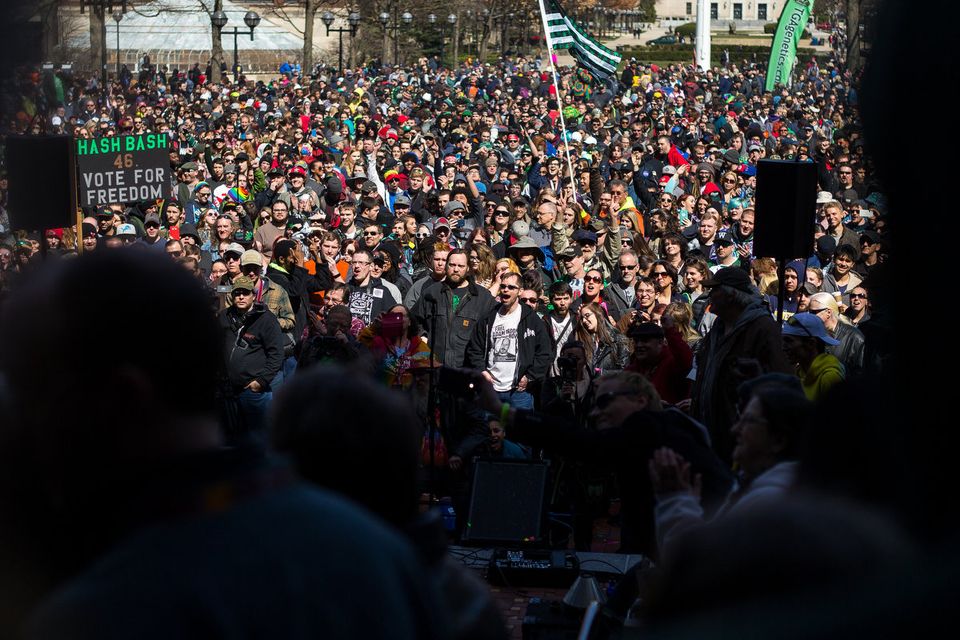 Leaders of 2018 marijuana legalization efforts in Michigan are taking their message across the state, after more than 10,000 individuals assembled for the 46th annual Hash Bash in Ann Arbor on Saturday.

Former state Rep. Jeff Irwin, a Democrat from Ann Arbor, is the political director for the newly formed Michigan Coalition to Regulate Marijuana like Alcohol, which is expecting to collect enough signatures beginning in May to get the issue of legalizing marijuana in Michigan on the ballot in November 2018.

Lansing lawyer Jeff Hank is heading the separate MI Legalize 2018 campaign, which likewise hopes to start collecting signatures in May.

Whether there will be two different initiatives, or whether the two groups unify around one proposal, remains to be seen.

Both efforts, together with other organizations, have been working together to draft language for a proposal to legalize recreational use of pot for individuals 21 and older, and to tax and regulate it.

adminMarijuana Advocates Gathered for the Legalization of Marijuana in Michigan04.17.2017