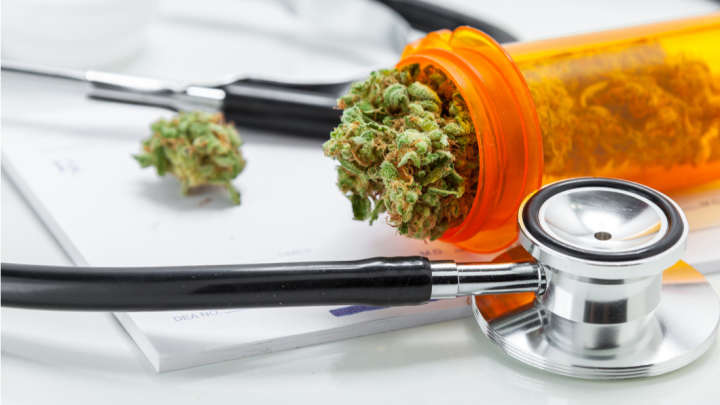 A lot of outlets today are reporting that the World Health Organization (WHO) says medical marijuana has no health risks. While that’s not quite true, a report from the organization does say that it should not be put under stricter control.

That report yesterday suggested “scheduling” certain drugs, including carfentanil, which is an analogue of the prescription opioid fentanyl.

Scheduling means that strict drug control measures can be put in place on certain drugs. It seems that medical marijuana will not be put on this list.

The recommendation comes from the Expert Committee on Drug Dependence (ECDD), which met in November to review several psychoactive substances. The WHO has endorsed the latest report.

“There is increased interest from Member States in the use of cannabis for medical indications including for palliative care,” the WHO writes. “Responding to that interest and increase in use, WHO has in recent years gathered more robust scientific evidence on therapeutic use and side effects of cannabis and cannabis components.”

They said that the ECDD have conducted an initial review of the cannabis compound known as cannabidiol (CBD). Recent evidence from animal and human studies have shown “that its use could have some therapeutic value for seizures due to epilepsy and related conditions.”

They added that it was “not likely to be abused or create dependence as for other cannabinoids,” unlike other cannabinoids like Tetra Hydro Cannabinol (THC). However, they did not go so far as to say there are “no health risks”, as some places are reporting.

As a result of this study, the ECDD said that current information did not justify scheduling cannabidiol. A more comprehensive review of how cannabidiol should be handled has thus been postponed to May 2018, when a more detailed review of cannabis and cannabis-related substances can be undertaken.

The ECDD did recommend, however, that a drug called carfentanil should be placed under the most stringent level of international control, which is Schedules I and IV. This drug is intended for animal use only, not humans, but it is sometimes taken with heroin or by people who believe they are taking heroin.

“Carfentanil can produce lethal effects at extremely small doses equivalent to a few granules of salt, and has potential use as a chemical weapon,” the WHO writes. “It can thus be highly toxic and has been associated with hundreds of deaths and intoxications, notably in North America,” they added, noting that 64,000 people died from overdosing in the US in 2016, most of which were from synthetic opioids similar to carfentanil.