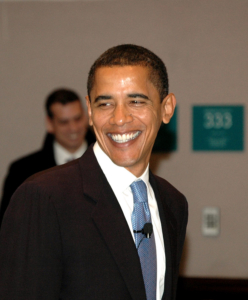 ?When I was a kid, I inhaled frequently. That was the point.?

In a recent interview President Obama made some surprising comments about the legalization of marijuana in the United States:

“At a certain point, if enough states end up decriminalizing [marijuana], then Congress may then reschedule marijuana.”

“I think there’s no doubt that our criminal justice system, generally, is so heavily skewed toward cracking down on non-violent drug offenders that it has had a terrible effect on many communities, rendering a lot of folks unemployable because they got felony records, disproportionate prison sentences. It costs a huge amount of money to states and a lot of states are figuring that out.”