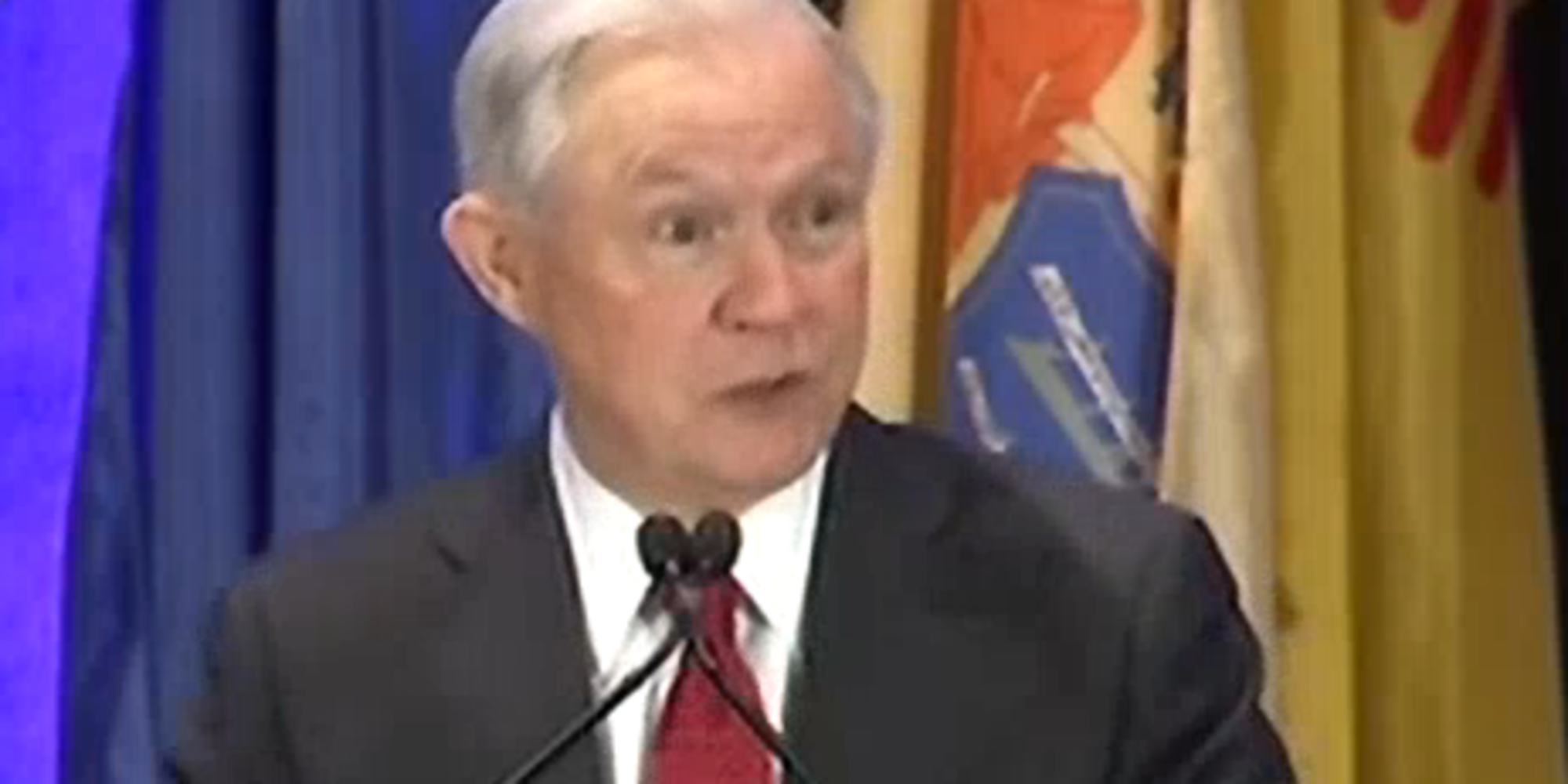 Attorney General Jeff Sessions is doubling down on his crusade against marijuana legalization.

Sessions, a longtime opponent of marijuana use, warned Tuesday easing access to the drug could lead to local supermarkets selling cannabis.

States can pass whatever laws they choose, Sessions told a crowd of attorneys general at the National Association of Attorneys General Winter Meeting. But Im not sure were going to be a better, healthier nation if we have marijuana being sold at every corner grocery store.

Sessions then appeared to criticize a column The Washington Post published Tuesday by Sam Kamin, professor of marijuana law and policy at the University of Denver. In the op-ed, Kamin argues that the opioid crisis is a reason to expand access to marijuana rather than to contract it. A 2016 study fromColumbia Universitys Mailman School of Public Healthfound adverse consequences of opioid use decreased over time in states where marijuana is legalized as individuals substituted marijuana for opioids to treat pain.

But Sessions scoffed at Kamins reasoning.

Give me a break, Sessions said. This is the kind of argument that has been out there. [Its] almost a desperate attempt to defend the harmlessness of marijuana or even benefits. I doubt thats true. Maybe science will prove me wrong. … My best view is that we dont need to be legalizing marijuana.

On Monday, Sessions decried marijuana legalization to reporters at the Justice Department, claiming real violence can be attributed to the current levels of THC in marijuana.

I dont think America is going to be a better place when people of all ages, and particularly young people, are smoking pot, Sessions said. I believe its an unhealthy practice, and current levels of THC in marijuana are very high compared to what they were a few years ago, and were seeing real violence around that.

How will Trumps first 100 days impact you? Sign up for our weekly newsletter and get breaking updates on Trumps presidency by messaging us here.

Mary JaneSessions Warns Of An America With ‘Marijuana Sold At Every Corner Grocery Store’08.21.2017