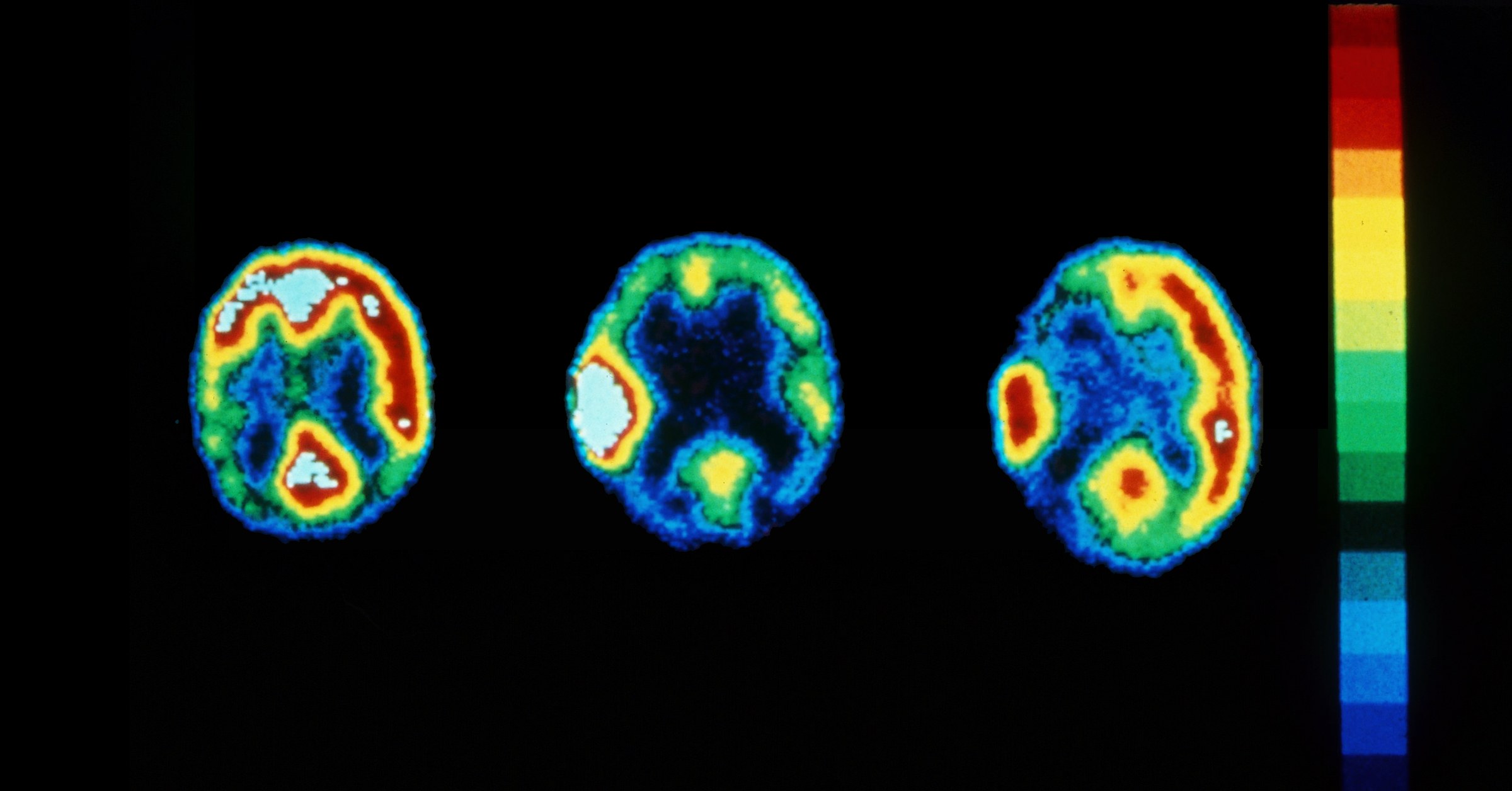 Yesterday morning a tall, lanky 16-year-old boy in a red polo shirt stood at a podium in front of a roomful of doctors, scientists, and regulators and told them about how a drug they were considering for approval had changed his life. “I had seizures for 10 years,” he said. “My parents tell me there were times I had seizures 100 times a day.” Now, he said, he has been seizure free for nearly two and a half years.

“I can understand what goes on at school,” he said. “And I can have adventures that never would have been possible before.” He told them about how seizure freedom enabled him to study to be a Bar Mitzvah in 2016. He told them about a school trip he’d just taken without his parents to South Africa—12,000 miles from home. And he said that he hoped to become a neurologist one day so that he could help other people with epilepsy. The audience, despite being told not to applaud speakers until the end, clapped anyway.

About an hour later, after about a dozen parents of epileptic children spoke of their struggles with the disease, the Food and Drug Administration panel of scientists and doctors voted 13-0 to recommend approval. The FDA is expected to render a final decision on the drug, Epidiolex, by June. One of the panelists John Mendelson, an addiction treatment executive and a UCSF professor said, “This is clearly a breakthrough drug for an awful disease.”

The whole event, which I watched on a live stream from my home office in Berkeley, was one of the thrills of my life. Sam is my son. He and my wife Evelyn both testified because Sam was the first person in the US to take Epidiolex back in December 2012. After trying more than two dozen medications, a crazy sounding diet, and corticosteroids that made Sam look like a cancer patient, Epidiolex—which didn’t even have a name when Sam tried it—was truly our last option to help him.

I should mention that Epidiolex is derived from cannabis. Its active ingredient is cannabidiol, aka CBD, which is a chemical in the plant that doesn’t make you high.

The manufacturer, GW Pharmaceuticals, knew little about epilepsy back then. But Sam’s response was so extraordinary, their executives decided they needed to learn more about the disease, and quickly embarked on clinical trials. Sam actually tried the medicine in London under a doctor’s supervision. Such a trial in the UK was straightforward, whereas conducting it in the US would have been impossible because of our cannabis laws. Since then nearly 1,800 patients have tried it at US hospitals, with about 40 to 50 percent seeing greater than 50 percent reductions in seizures. That sounds small until you consider that admission to the trials required patients to have exhausted all other medicinal options. Officially, Epidiolex will be approved only to treat two of the most severe types of epilepsy, Dravet and Lennox Gastaut syndromes. But doctors will likely have the flexibility to prescribe it for other epilepsies too. Many epilepsy drugs are prescribed this way, known as off label. (Many patients, including Sam, are on more than one drug.)

The pending approval of Epidiolex isn’t just a big deal for me and my family. It’s a big deal for 3 million people in the US who have epilepsy, and, if approved elsewhere, 73 million people worldwide. Epilepsy affects about one percent of the world’s population, more than Parkinson’s and Multiple Sclerosis combined. And yet for all humanities’ scientific prowess, only about two-thirds of people who take epilepsy medicines become seizure free. The imminent approval of a medication that might shrink the number of unresponsive patients is a major, even historic, development.

It’s also a big deal for cannabis research and by extension the cannabis legalization discussion. Epidiolex will be the first FDA approved drug derived from a cannabis plant. It can’t get anyone high because the manufacturer extracts all the THC during production.

To manufacture CBD, GW maintains tens of thousands of cannabis plants in hothouses all over the UK. It extracts the CBD from the plants in a lab, ending up with a 100 milliliter bottle of strawberry flavored sesame oil that it ships to the US.

A common refrain from cannabis opponents has long been that there is no scientific evidence that anything associated with cannabis can be medicine. And that’s been true because regulators and police worldwide make studying illegal substances like cannabis nearly impossible.

But to get this far in the FDA approval process, GW had to marshal the same scientific evidence of safety and efficacy that every other drug manufacturer must present. It created a medicine that was consistent from dose to dose, bottle to bottle, and batch to batch. It conducted all the required placebo controlled trials, administered by doctors in hospital settings. And those doctors published peer reviewed research in top medical journals like the New England Journal of Medicine. “It’s an honor to be participating in a (cannabis) decision based on science instead of politics," said panelist Mark Green, professor of neurology and anesthesiology at the Icahn School of Medicine in New York, after the vote.

Indeed, it doesn’t require too much imagination to see how Epidiolex’s pending approval forces a public reckoning on how we think about cannabis nationally. Attorney General Jeff Sessions has made no secret of his virulent opposition to the legalization of cannabis in any form. He has said that “good people do not smoke marijuana.” Yet, assuming Epidiolex gets formal FDA approval, he will have to weigh in through his supervision of the Drug Enforcement Administration.

At the moment, CBD is a Schedule 1 drug like cannabis. Its medical use—except in the specially approved trials that proved its effectiveness—is not allowed. The DEA must reschedule it before it can be sold. Technically, the DEA could refuse. But it would have to explain how it—a police agency—was in a better position to make that call than the FDA, an agency of scientists and doctors. An explanation would also be needed for neurologists, and the parents of millions of very sick children. The DEA can’t delay its decision either. By law it must rule within 90 days.

All that maneuvering would be moot, of course, if Congress decides to pass a law legalizing cannabis entirely, as Senate Minority Leader Chuck Schumer proposed last night. He is not the first senator to propose such a law, but he is by far the most influential to do it. “If smoking marijuana doesn’t hurt anybody else, why shouldn’t we allow people to do it and not make it criminal" he told Vice News.

By now you are probably wondering what a family from California like us was thinking when it traveled to the UK to have their kid try a drug derived from a cannabis plant. Remarkably, that’s where you had to go to get pharmaceutical grade CBD back then. We tried to procure it from artisanal producers here for six months. Everything we tried turned out to be ineffective and sometimes fraudulent. Getting the CBD out of cannabis plant is complicated, expensive, and time consuming.

The artisanal CBD market is more robust today. There are some good, reliable preparations that are helping epilepsy patients who could not get into the GW trials. Hopefully they will force GW to keep Epidiolex affordable. But many parents have told me that in a perfect world they'd just go to the pharmacy to treat their kids' seizures. They have complicated lives, but simple needs. They want the same experience they get when they fill a penicillin prescription: a cure.

All of this made yesterday one of the best days in Sam's young life. Other parents thanked him for speaking for all the kids who were too sick to speak for themselves, and he felt like he was part of something bigger than himself. “And when I suggested that we made a good team as speakers," Evelyn said, “he said with a big grin, ‘You set ’em up. And I knock ’em down.’ ”

Techies Are Using Ketamine to Fight Their Depression

Sean Spencer is a pretty successful entrepreneur in LA's startup community but he also struggles with depression. He and many others use ketamine to help with their lows.