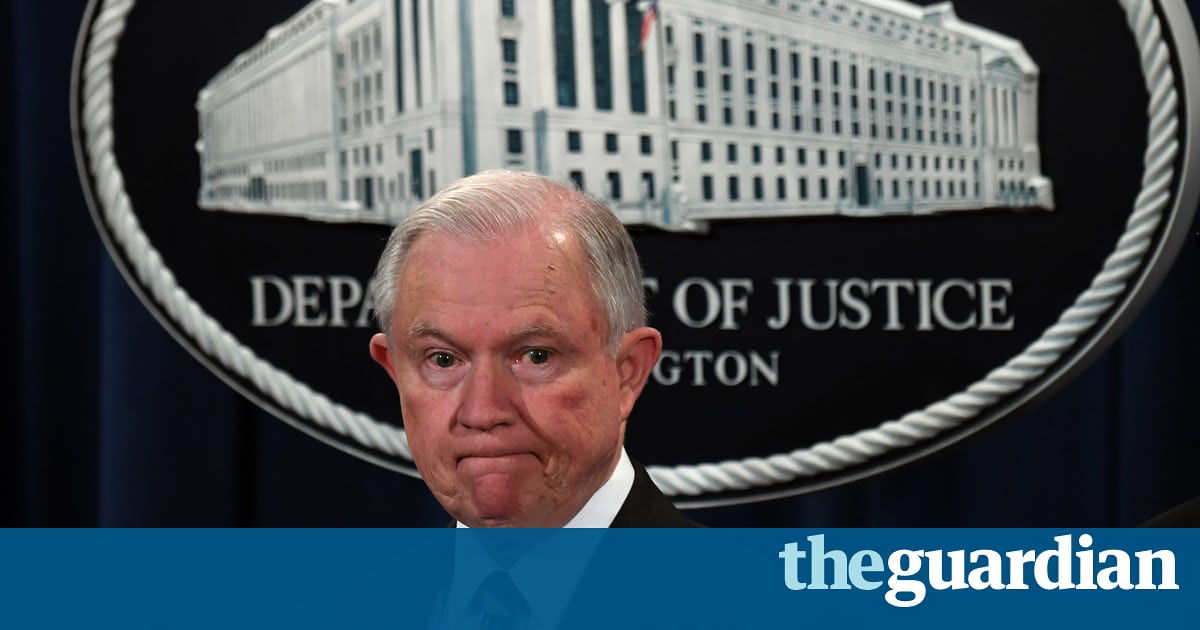 The US attorney general is trying to undo the progress made in liberalizing marijuana consumption in the US. This will only lead to more people in jail 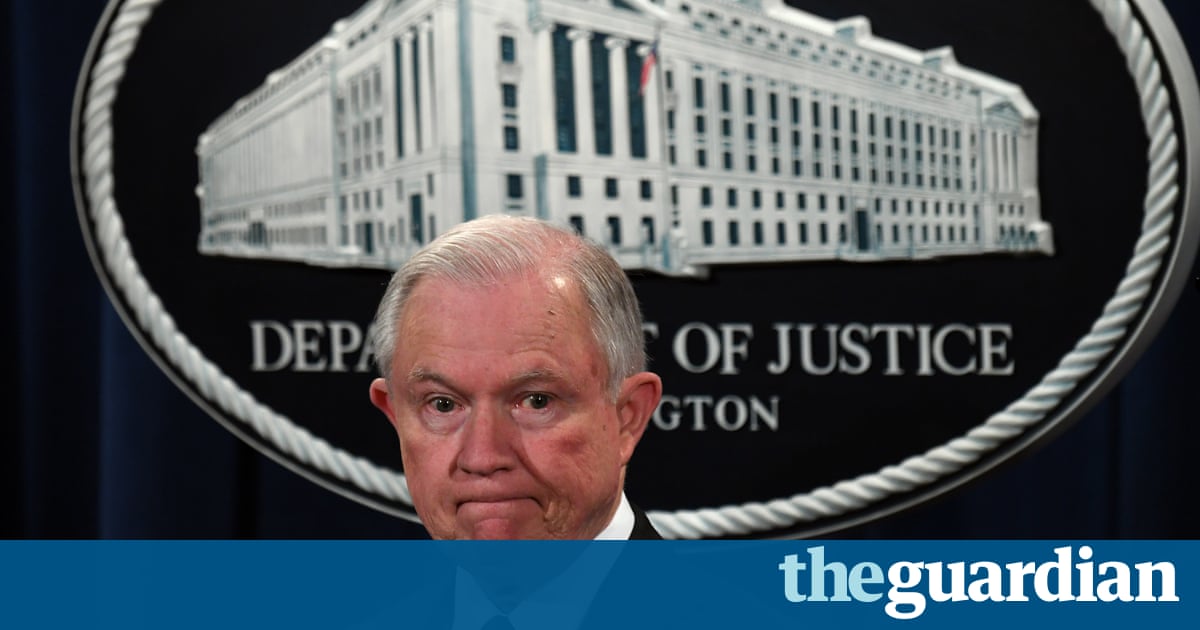 Once upon a time, the 1936 film Reefer Madness attempted to spread sensationalistic messages about marijuana to youths across the land. Just one toke, the film warned, and you could be setting off down the primrose path to murder, hallucinations, rape, suicide, and yes, the titular madness. Yikes!

Luckily for fans of the plant, we now know the worst effects of marijuana are smokers cough, laziness and a predilection for salty junk food. Furthermore, studies have shown it can be used to treat a vast array of health problems, from glaucoma to the nausea caused by chemotherapy.

The total number of fatal marijuana overdoses per year remains steady at zero. Why, its almost like pot is no big deal, and we should be allowed to have it if we want.

This knowledge, plus widespread social acceptance a recent Gallup poll found that one in eight US adults admits to smoking the stuff, and more than half have tried it have led to a gradual liberalization of marijuana laws on the state level, to the point where 29 states plus Washington DC have legalized medical marijuana.

Eight states have gone a step further and legalized it for recreational use, allowing people over the age of 21 to enjoy it responsibly. In 2016 alone, the citizens of eight states voted to relax their laws on recreational and/or medical marijuana, one of few progressive victories in an otherwise depressing election. (Perhaps because its one of a few issues that unites progressives and libertarian-leaning conservatives.) It would seem a critical mass of Americans is coming to accept the popular plant as the relatively harmless, potentially helpful substance it is.

But all that progress may soon come to a halt. As threatened back in February, Donald Trumps Department of Justice has plans to aggressively go after states that have legalized both recreational and medical marijuana the latter despite Sean Spicers promise that Trump sees a big difference between the two.

After making baseless statements that marijuana is only slightly less awful than heroin and that good people dont smoke marijuana, the attorney general, Jeff Sessions who once joked that he thought the violent white supremacists of the KKK were okay until I found out they smoked pot has established a task force to investigate the connection between marijuana and violent crime.

He might learn that legalizing marijuana has actually been shown to reduce violent crime in some instances and leave it unaffected in others. But, in case anyone thought he was waiting for the task forces findings to come in before acting, in May he wrote a letter to congressional leaders asking them to roll back protections put in place by the previous Congress. These use the power of the purse to keep the Department of Justice from prosecuting medical marijuana in states that have voted to legalize it.

In said letter, he referred to a historic drug epidemic, willfully conflating marijuana use with the crisis of opiate addiction plaguing our country. (Sessions either doesnt know or doesnt care that opiate deaths have actually decreased in states that have legalized medical marijuana, partly because it can serve as a gentler alternative to addictive prescription painkillers.)

He scapegoats marijuana for violent crime once more. He even claims marijuana is linked to an increased risk of psychiatric disorders such as psychosis, which sounds a lot like reefer madness to me. As with Trumps Muslim ban, Sessions notes this issue is too important to respect the rights of states to make their own laws. In Sessions bigoted eyes, states rights are only important when it comes to the passage of bills designed to discriminate against transgender people who wish to use the bathroom.

This approach is a departure from that of the Obama administration, whose relationship with the states on marijuana was more mixed. While Barack Obama raided growers in states that had legalized weed from time to time, the Department of Justice stated in a 2013 memo that it would not challenge state marijuana laws, provided the drug was adequately regulated. Obama also took some small steps to reform our criminal justice system, particularly where non-violent drug crimes were concerned.

While the fallout from legal marijuana is far from proven, the fallout from the ineffective war on drugs can be measured in lives ruined, particularly the lives of people of color. By 2001, there were 2 million people in our countrys prisons, and nearly one in three black men ages 20-29 was caught up in the deeply flawed criminal justice system.

Racial profiling, uneven enforcement, disparities in sentencing, and unequal access to lawyers have all helped ensure the majority of people in jail for drug offenses are black and Latino, despite the fact that black and white Americans use drugs at similar rates.

In rolling back states attempts at more sensible drug policy, Sessions seeks to bring us back to the days when misinformation and hysteria beat out science and reason, and the government used the war on drugs as an excuse to go after anti-war hippies and African-Americans, as a former Nixon official was once quoted admitting.

Our only hope is that the rollout of this policy is as botched as everything else the Trump administration has tried to do. Which, judging from recent history, is entirely possible.