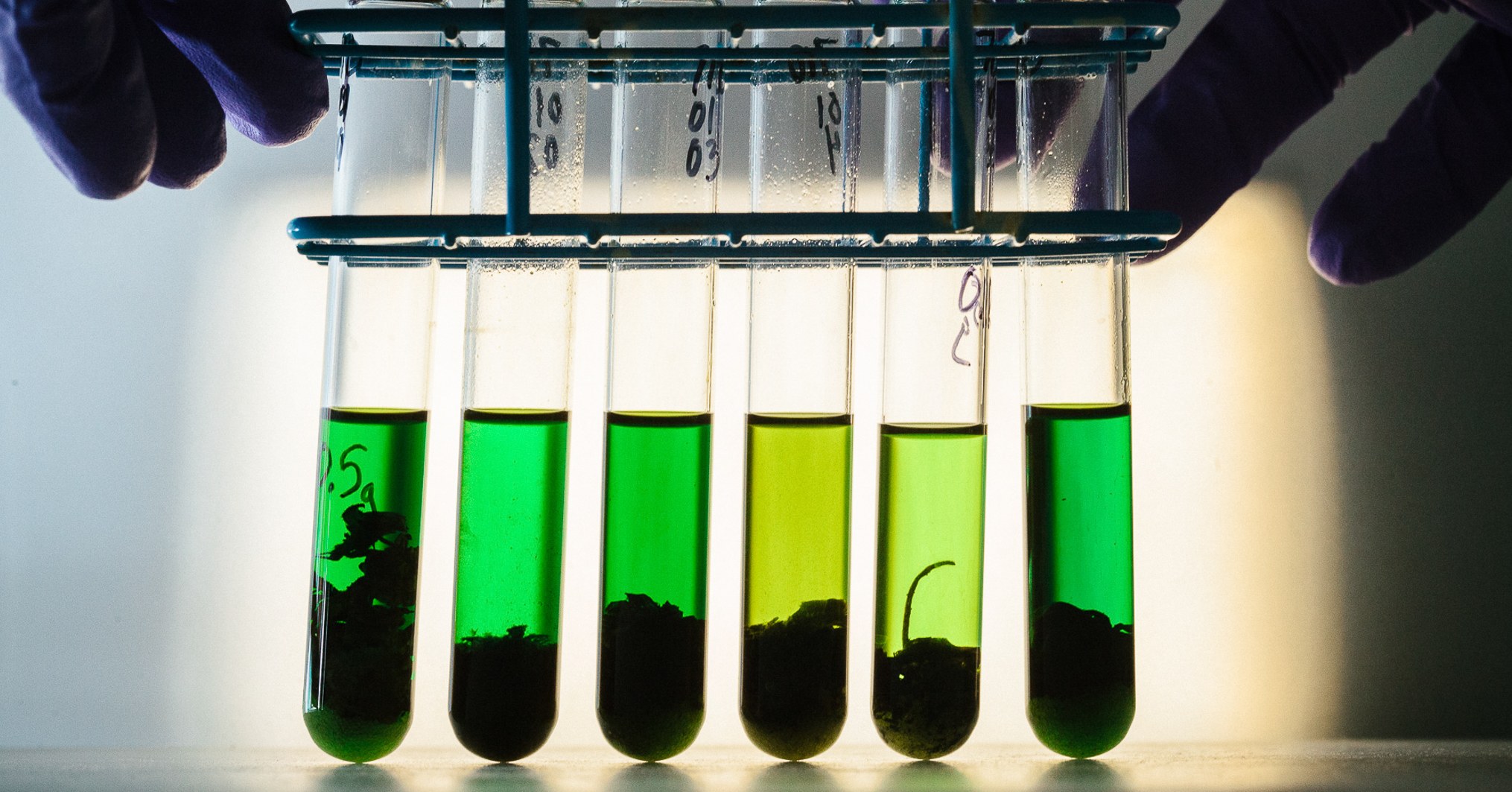 This is a story about marijuana that begins in a drawer of dead birds. In the specimen collections of the California Academy of Sciences, curator Jack Dumbacher picks up a barred owl—so named for the stripes than run across its chest—and strokes its feathers. It looks like a healthy enough bird, sure, but something nefarious once lurked in its liver: anticoagulant rodenticide, which causes rats to bleed out, and inevitably accumulates in apex predators like owls. The origin of the poison? Likely an illegal cannabis grow operation in the wilds of Northern California.

“It's a mess out there,” says Dumbacher. “And it costs taxpayers millions of dollars to clean up the sites.”

Marijuana doesn’t just suddenly appear on the shelves of a dispensary, or the pocket of a dealer. Someone’s gotta grow it, and in Northern California, that often means rogue farmers squatting on public lands, tainting the ecosystem with pesticides and other chemicals, then harvesting their goods and leaving behind what is essentially a mini superfund site. Plenty of growers run legit, organic operations—but cannabis can be a dirty, dirty game.

As cannabis use goes recreational in California, producers are facing a reckoning: They’ll either have to clean up their act, or get out of the legal market. Until the federal prohibition on marijuana ends, growers here can skip the legit marketplace and ship to black markets in the many states where the drug is still illegal. That’s bad news for public health, and even worse news for the wildlife of California.

If you’re buying cannabis in the United States, there’s up to a 75 percent chance that it grew somewhere in California. In Humboldt County alone, as many as 15,000 private grows churn out marijuana. Of those 15,000 farms, 2,300 have applied for permits, and of those just 91 actually have the permits.

Researchers reckon that 15 to 20 percent of private grows here are using rodenticide, trying to avoid damage from rats chewing through irrigation lines and plants. Worse, though, are the growers who hike into rugged public lands and set up grow operations. Virtually all of them are using rodenticide. “At very high doses the rodenticides is meant to kill by basically stopping coagulation of blood,” says Dumbacher. “So what happens is if you get a bruise or a cut it you would you would literally bleed out because it won’t coagulate.”

And what’s bad for the rats can’t be good for the barred owl. How the poison might affect these predators isn’t immediately clear, but researchers think it may weaken them.

Scientists are used to seeing rodenticides in owl livers—but usually, those animals are picking off rats in urban areas. Not so for these samples. “When we actually looked at the data, it turned out that some of the owls that were exposed were from remote areas parts of the forest that don't have even roads near them,” says Dumbacher. When researchers took a look at satellite images of these areas, they were able to pick out illegal grow operations and make the connection: Rodenticides from marijuana cultivation are probably moving up the food chain.

The havoc that growers are wreaking in Northern California is worryingly similar to the environmental bedlam of the past. “We can't just take exactly the same historical approach that California did with the Gold Rush,” says Mourad Gabriel, executive director of the Integral Ecology Research Center and lead author of the study with Dumbacher. It was a massive inundation of illegal gold and mining operations that tore the landscape to pieces. “150 years down the road, we are still dealing with it.”

And Northern California’s problems have the potential to become your problem if you’re buying marijuana in a state where it’s still illegal. “We have data clearly demonstrating the plant material is contaminated, not just with one or two but a plethora of different types of pesticides that should not be used on any consumable product,” says Gabriel. “And we find it on levels that are potentially a threat to humans as well.”

Across from an old cookie factory in Oakland, California sits a lab that couldn’t look more nondescript. It’s called CW Analytical, and it’s in the business of testing marijuana for a range of nasties, both natural and synthetic. Technicians in lab coats shuffle about, dissolving cannabis in solution, while in a little room up front a man behind a desk consults clients.

Running this place is a goateed Alabama native named Robert Martin. For a decade he’s risked the ire of the feds to ensure that the medical marijuana sold in California dispensaries is clean and safe. But in the age of recreational cannabis, the state has given him a new list of enemies to test for. If you're worried about consuming grow chemicals like the owls are doing, it's scientists like Martin who have your back.

“We're trying to do it in legitimate ways, not painting our face or putting flowers in our hair,” says Martin. “We're here to show another face of the industry." Clinical. Empirical.

Labs like these—the Association of Commercial Cannabis Laboratories, which Martin heads, counts two dozen members—are where marijuana comes to pass the test or face destruction. Martin’s team is looking for two main things: microbiological contaminants and chemical residues. “Microbiological contaminants could come in the form of bacteria or fungi, depending on what kind of situation your cannabis has seen,” says Martin. (Bad drying or curing habits on the part of the growers can lead to the growth of Aspergillus mold, for instance.) “Or on the other side, the chemical residues can be pesticides, herbicides, things like that.”

With chemical contaminants it gets a bit trickier. To test for these, the lab run the cannabis through a machine called a mass spectrometer, which isolates the component parts of the sample. This catches common chemicals like myclobutanil, which growers use to kill fungi.

Starting July 1 of this year, distributors and (legal) cultivators have to put their product through testing for heavy metals and bacteria like E. coli and chemicals like acephate (a general use insecticide). That’s important for average consumers but especially medical marijuana patients with compromised health. One group of researchers has even warned that smoking or vaping tainted marijuana could lead to fatal infections for some patients, as pathogens are taken deep into the lungs.

“This is why we have to end prohibition and regulate and legalize cannabis, so that we can develop the standards that everybody must meet,” says Andrew DeAngelo, director of operations of the Harborside dispensary in Oakland.

After testing, a lab like CW has to report their results to the state, whose guidelines may dictate that the crop be destroyed. If everything checks out, the marijuana is cleared for sale in a dispensary. “That gives the public confidence that these supply chains are clean for them and healthy for them,” says DeAngelo.

That safety comes at a price, though. To fund the oversight of recreational marijuana, California is imposing combined taxes of perhaps 50 percent. “They're too high,” says DeAngelo. He’s worried that the fees will push users back into the black market, where plants don’t have to hew to the same strict safety standards. “This shop should be a lot fuller than it is right now.”

And the black market gets us right back to the mess we started off in. Illegal cultivation is bad for consumers and bad for the environment. The only real solution? The end of prohibition. At the very least, the owls would appreciate it.

There are thousands of strains of weed. Cracking their genetic codes may be the key to transforming pot from a budding business to a high-flying industry and a cannabis analytics lab is trying to unlock the true potential of weed. Pictures by Preston Gannaway.