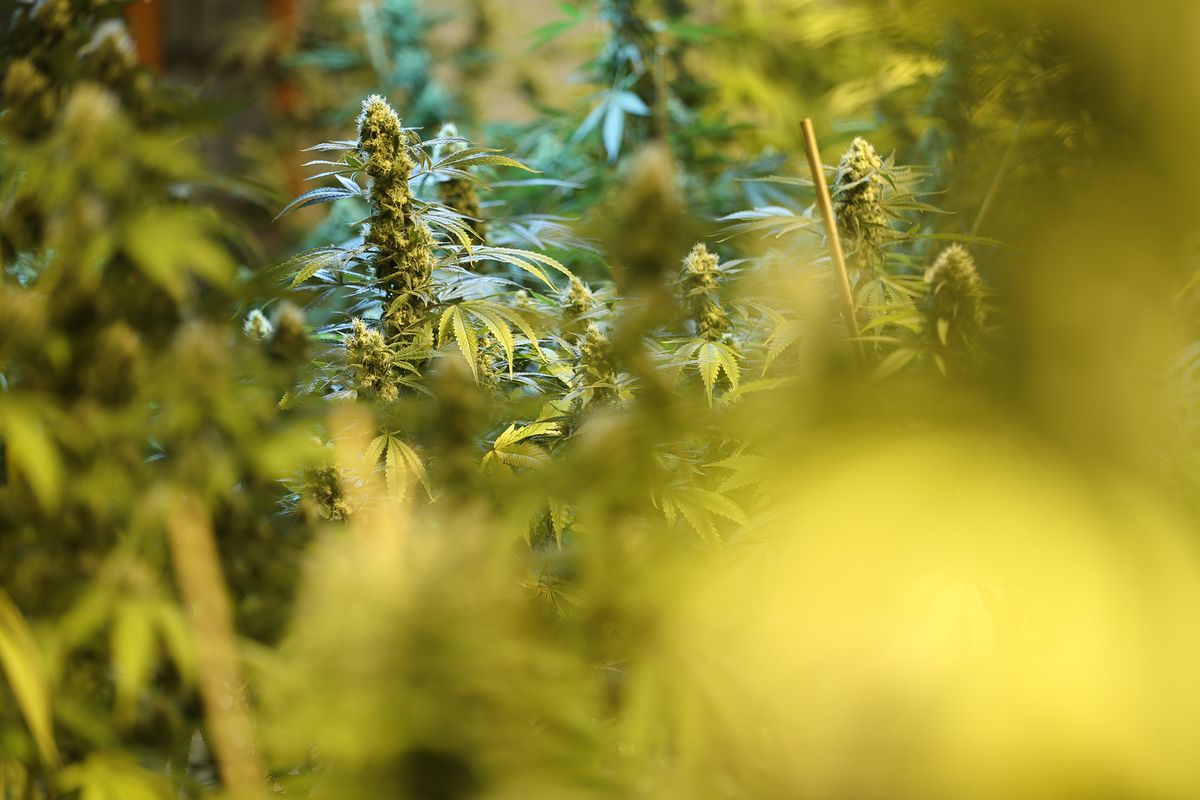 There’s one bummer question haunting all the marijuana businesses popping up between British Columbia and Newfoundland.

A year before recreational cannabis is expected to become legal in Canada, there’s an explosion in companies cultivating the stuff. At least 10 marijuana outfits have new listings this year on the TSX Venture Exchange and Canada Securities Exchange. Some 51 enterprises have gotten the green light to grow pot, and 815 applicants are in the queue. All told, it could be enough to raise the country’s raw-weed output more than tenfold.

This is where skeptics see froth. “If you ask people today why they don’t use, it’s a small percentage who say ‘because it’s illegal,”’ said Neil Boyd, a criminologist at Simon Fraser University in Vancouver. “In many respects there might be an overestimation of demand.”

Long-time users and growers insist he’s wrong, but investors aren’t so sure. Producer MedReleaf Corp. tumbled as much as 28 percent last month in the worst debut for a Canadian IPO in 16 years amid concern pot stocks are overvalued. Shares of Canopy Growth Corp., the country’s first billion dollar marijuana start-up, are down 21 percent in the past three months.

The North American Medical Marijuana Index, which tracks leading cannabis stocks in the U.S. and Canada, has plunged 21 percent since Prime Minister Justin Trudeau’s government in April unveiled its plan to legalize the drug by next July, 16 years after Canada permitted it for medical use.

Of course, some of the decline may be attributed to the situation in the U.S. Many in the Trump administration, Attorney General Jeff Sessions in particular, are no friends to the industry. For Canadian companies, the risk isn’t political.

“There seems to be a little bit of investor fatigue,” said PI Financial Corp. analyst Jason Zandberg. He said they’re having trouble differentiating between the producers, new and old, and what might give them competitive advantages.

That’s to be expected, according to marijuana bulls, in a brand-new market that hasn’t even arrived yet. Parliament still has to pass the recreational law (though there’s little question it’ll do so). Then the federal government will have to write rules on taxation, and each province will have to decide how to regulate distribution.

“Nothing is going to be perfect right off the hop,” said Jon Bent, a licensed medical marijuana grower who has been cultivating plants on his 11-acre farm outside Winnipeg for five years. “It’s baby steps — and the industry is moving quickly.”

The question is whether it’s going too quickly, considering the variety of estimates about how much recreational weed Canadians will end up regularly ingesting. Some educated guesses are that about 15 percent of Canadians partake now, legally and otherwise. That’s around 5.4 million people, roughly the population of Colorado, which gave the nod to recreational marijuana in 2014. Medical and recreational sales there rose 56 percent last year, to nearly $1 billion, according to Cannabase, operator of the state’s largest market.

One projection, from the Canadian Parliamentary Budget Officer, is that 4.6 million people age 15 and over will use cannabis at least once and consume 655,000 kilograms next year, and that 5.2 million will be doing so by 2021. Other reports peg future recreational consumption at 420,000 kilograms a year with sales reaching C$6 billion by 2021, Canaccord Genuity Group Inc. said in November. For its part, the government agency Health Canada anticipates a mature medical marijuana market will be around C$1.3 billion.

That could underestimate the number of Canadians who will refuse to buy from corporate weed growers, said Chad Jackett, 38, who runs a medical marijuana dispensary in Squamish, British Columbia, and uses cannabis oil everyday to treat nerve pain. His concern is that new regulations will sideline the independent farmers who advocated for the plant for years, and grow small amounts. “I will definitely not be using anything” from one of the big outfits, Jackett said. “If I don’t have enough of my own then I’ll be getting it from somebody else whom I trust.”

Underscoring how confusing it all is, a few alarms are being sounded that there won’t be enough to pass around on Day One. In fact, Colorado faced some shortages of legal supplies in the first year. A similar rush emptied shelves in Nevada, where sales started on July 1.

By 2015, Colorado had the opposite problem, according to Denver-based researcher Marijuana Policy Group, with supplies approximately 51 percent larger than demand. The average price sought by wholesalers for recreational flower has fallen 52 percent since lawful sales began, according to Cannabase.

None of this has dampened enthusiasm in some quarters in Canada. MedReleaf has raised C$100 million, all of which is going toward expanding capacity, said Chief Executive Officer Neil Closner. He said the disappointing IPO was due to a general market slowdown and “not a reflection of demand for our product.” Likes others in the business, he is confident Canadians will be keen enough to lawfully imbibe that the blossoming industry will be supported.

Bent, the pot farmer outside Winnipeg, is just as upbeat. Surveying part of his crop, in a room brimming with 30 bushy plants ripening under the glow of hot lamps, he said the oft-misunderstood reefer is definitely going mainstream. Even his cousin, a “religious librarian,” became a convert after experimenting in Denver, he said. “These are people who would never, ever try it” if it were illegal.

“It’s really gaining popularity and really starting to lose that stigma,” Bent said. “I see a lot of money being spent.”