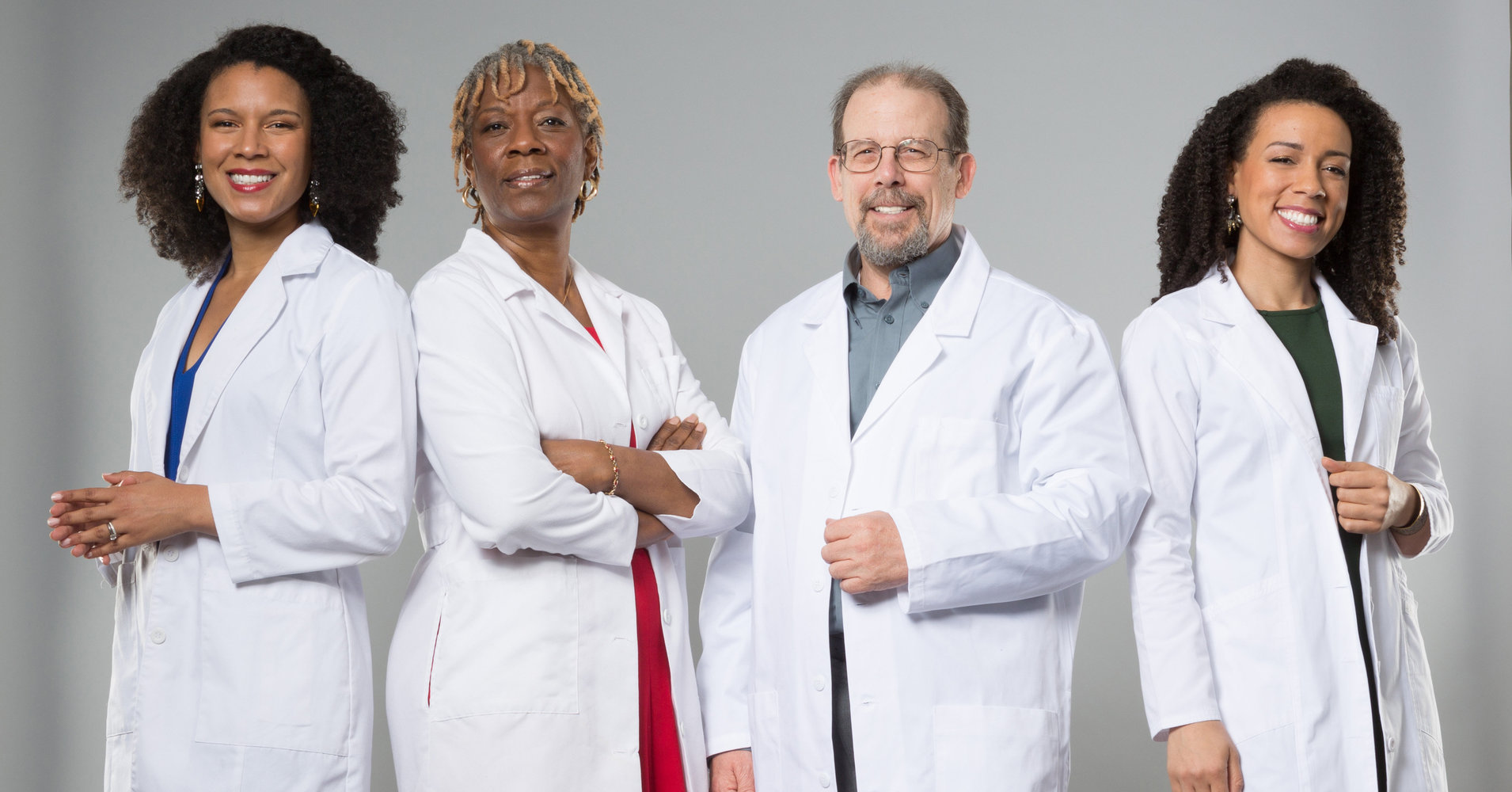 Dr. Janice Knox was several years into retirement in Oregon when she was asked to fill in at a “card mill” ― a facility where patients can be diagnosed with conditions that qualify them for a medical card to buy cannabis.

This was a few years ago, and public sentiment about medical marijuana wasn’t quite what it is today. “I had the mindset that most people had at the time ― ‘marijuana is a terrible drug, it’s just a drug,’” Knox told HuffPost.

When she arrived at the clinic, the makeup of the waiting room was “not who I was expecting,” she said.

“There were businesspeople, doctors, lawyers, moms, dads, grandmothers, grandfathers. I just couldn’t believe who I saw,” Knox said. “They were coming because conventional medicine had failed them. They wanted a better quality of life.”

“People were coming in with their last dime to get a card,” she added. “I was stunned.”

Equally surprising to Knox was how she, a practicing anesthesiologist for 35 years, had been taught so little about the mechanisms and effects of cannabis ― a substance that people said eased their suffering, even from symptoms related to chronic diseases.

“I knew nothing about this medicine. I felt so embarrassed as a physician that that’s where I was. So I really made it a point to learn everything that I could about it,” Knox said. Since then, she’s tried to “change the narrative” about who uses cannabis and why.

In 2014, Knox founded the American Cannabinoid Clinics from her existing wellness clinic in Portland, Oregon, where marijuana has been legal for medical purposes since 1998 and legal for recreational use since 2015. Other than Knox, there are very few U.S. medical professionals who specialize in cannabis therapeutics. Fortunately, three of them are members of her family.

Knox’s husband, David, is a former emergency room doctor. Their two daughters, Rachel and Jessica, are physicians who received both medical and business degrees from Tufts University.

At his wife’s urging, David Knox also visited the “card clinics” where his wife had been providing care. Like Janice, he was struck by the diversity of patients and conditions for which the plant seemed to offer relief.

“It was an eye-opener. The potential is just incredible,” he said, adding that he’s seen patients successfully reduce or eliminate their use of opiates for chronic pain after beginning cannabis therapeutics. (Federally funded research has also found this result, which could have meaningful implications amid America’s ongoing opioid crisis.)

People were coming in with their last dime to get a card. I was stunned. Dr. Janice Knox

At their clinic, the Knoxes practice what they call “integrative cannabinoid medicine.” They counsel new and experienced cannabis patients alike on the best treatment options for their conditions, the best way to deliver the medicine (e.g. vaping, topical, ingesting), and how to mitigate undesired effects. These are all aspects of cannabis medicine that a general practitioner might not know as much, or indeed anything, about.

“We’re looking at the whole patient, and how to use cannabis optimally, so the patient can get the best benefit from the minimal dosage without side effects or complications,” David said.

Rachel Knox, 35, wasn’t particularly surprised by her parents’ new career path. She and her mother share an interest in natural medicine. For Rachel, this interest only grew stronger in a medical school and residency environment where emergency treatments for the most urgent symptoms of chronic illness were rarely followed up with meaningful conversations with patients about maintenance and prevention.

“We weren’t being taught how to prevent or reverse chronic illness in our medical education,” she said. “We had this longing for more. My curiosity for natural medicine grew out of that frustration in conventional medicine.”

“My sister and I really felt like if we were going to pursue medicine, we should do something different with it,” she went on. “When my mom and my dad said they had started writing cannabis authorization for patients, that fit right into the natural options I wanted to investigate for patient care.”

Cannabis provides therapeutic effects mainly through its impact on the endocannabinoid system, which regulates various processes throughout the body such as organ function and immune response. Last year, the National Academies of Sciences, Engineering, and Medicine produced a sweeping report on the health effects of cannabis and cannabinoids, concluding that restrictions on possession and consumption have made it difficult to develop research-based consensus on its medical utility.

The barriers to conducting meaningful research on the effects of a federally prohibited substance are considerable. Trials involving cannabis have to be approved by three government agencies and an independent review board, the Knoxes said. After that, there’s the matter of procuring the cannabis itself.

“Right now you can’t ship cannabis across state lines, so you have to rely on a secure source within that state to do that,” Rachel said.

The American Medical Association has long referred to cannabis as a “public health concern” ― but it recently issued a policy update calling for a review of the plant’s Schedule I designation, which categorizes marijuana as a drug with no medical benefits and restricts its availability for research. Heroin and bath salts are also Schedule I substances.

Given the limits on research and accessibility, many doctors are reluctant to discuss cannabis-related treatment options with patients. Many of the Knoxes’ patients come to the clinic because they’re not sure whether their general practitioners condone medical cannabis, or even know very much about it.

The Knoxes have seen more than 3,000 patients at the American Cannabinoid Clinics. Very few, they said, have any interest in getting high. In fact, many would prefer to avoid it.

“Patients will tell me eight or nine times, ‘I don’t want to get high,’” David said.

Many patients, especially seniors, come in asking for CBD, or cannabidiol, a non-psychoactive component of cannabis, Rachel added.

“What surprises the patients most who say that is when we come back and tell them, ‘This condition that you have actually will respond better with some THC on board, let us talk to you about how to use THC to avoid those adverse effects,’” she said. “I had a patient today who was surprised to hear that she could use THC without getting high.”

Patients are also “shocked” to learn they don’t have to smoke the cannabis to feel better, Janice said.

“People have this image of a smoker smoking the joint, and when you tell them, ‘No, you don’t have to do it that way, you can use it incrementally and won’t get a THC high’ ― I think that’s really shocking to them,” she said, adding that placing medicine under the tongue, rubbing it into the navel, and delivering THC through a rectal suppository are all effective and in some cases superior alternatives to smoking cannabis.

Patients will tell me eight or nine times, “I don’t want to get high.” Dr. David Knox

Though based in Oregon, the Knoxes see patients from neighboring states such as California and Washington. Rachel Knox is vice chair of the Oregon Cannabis Commission, which oversees the state’s medical marijuana program, and serves as the medical chair for the Minority Cannabis Business Association. Janice Knox sits on the board of Doctors For Cannabis Regulation, which promotes safe practices and improved quality of medical cannabis products.

Through their clinics and ancillary work in the industry, the Knoxes hope to help more medical practitioners integrate cannabis therapeutics into their practices and promote more specialization in cannabinoid medicine. They plan to launch their own training program for medical professionals later this year.

“We need to be helping trained clinicians in the practical implementation of cannabis therapeutics in the same way we do it at the clinic,” Rachel said. “Patients should feel comfortable that the doctor they’re talking about cannabis with is knowledgeable about this medicine.”