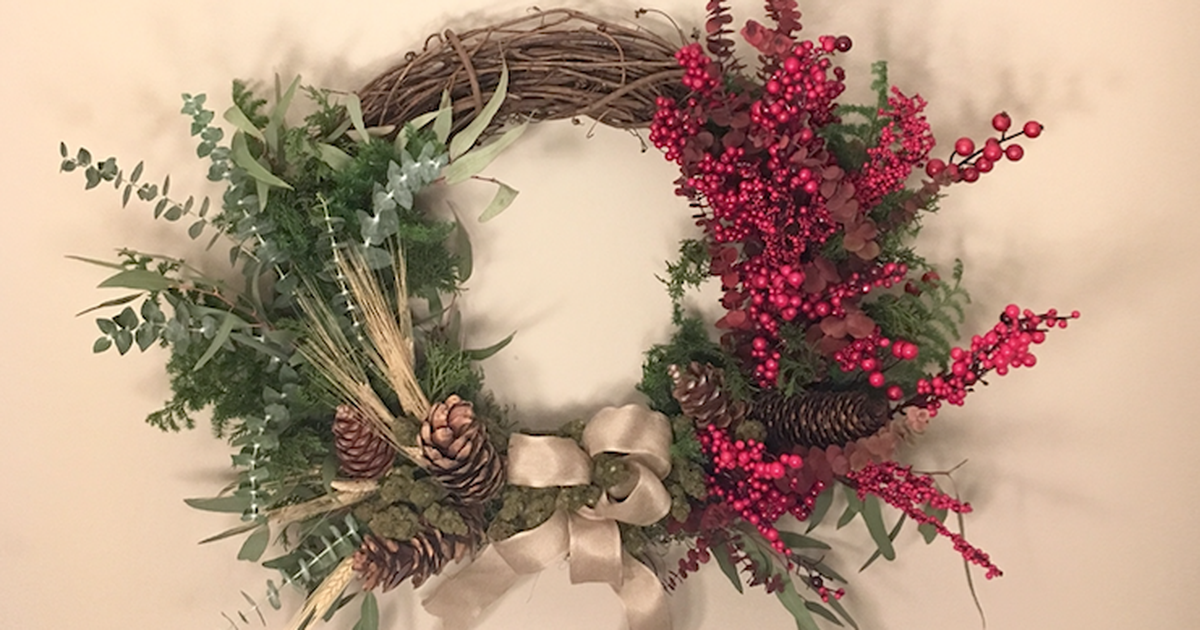 Wreaths aren’t exactly the most exciting thing about the holidays — unless they come loaded with weed, dude.

Cannabis company Henry’s Original has unveiled a limited-edition handcrafted holiday wreath, which you’ll probably want to hang on the inside of your door instead of the outside, because it comes loaded with a full ounce of marijuana flower.

The actual wreath is made of eucalyptus, evergreen, dried wheat and grasses, moss, berries, and pine cones, and plastered throughout is an ounce of sun-grown “artisanal cannabis” grown in Mendocino County. Henry’s Originals assures customers that the cannabis can easily be removed for consumption without disrupting the structural integrity of the wreath.

SEE ALSO: Naturally, weed floral crowns will be for sale near Coachella

The wreath will set you back $400, which isn’t an insane price considering the amount of pot it comes with. However, due to the legal status of cannabis in the United States, it is only available in the Los Angeles area, and you must have a valid medical marijuana card.

Although cannabis is legal in the state of California, the state is still putting finishing touches on its retail regulations for recreational use, licensing for which will begin in 2018.