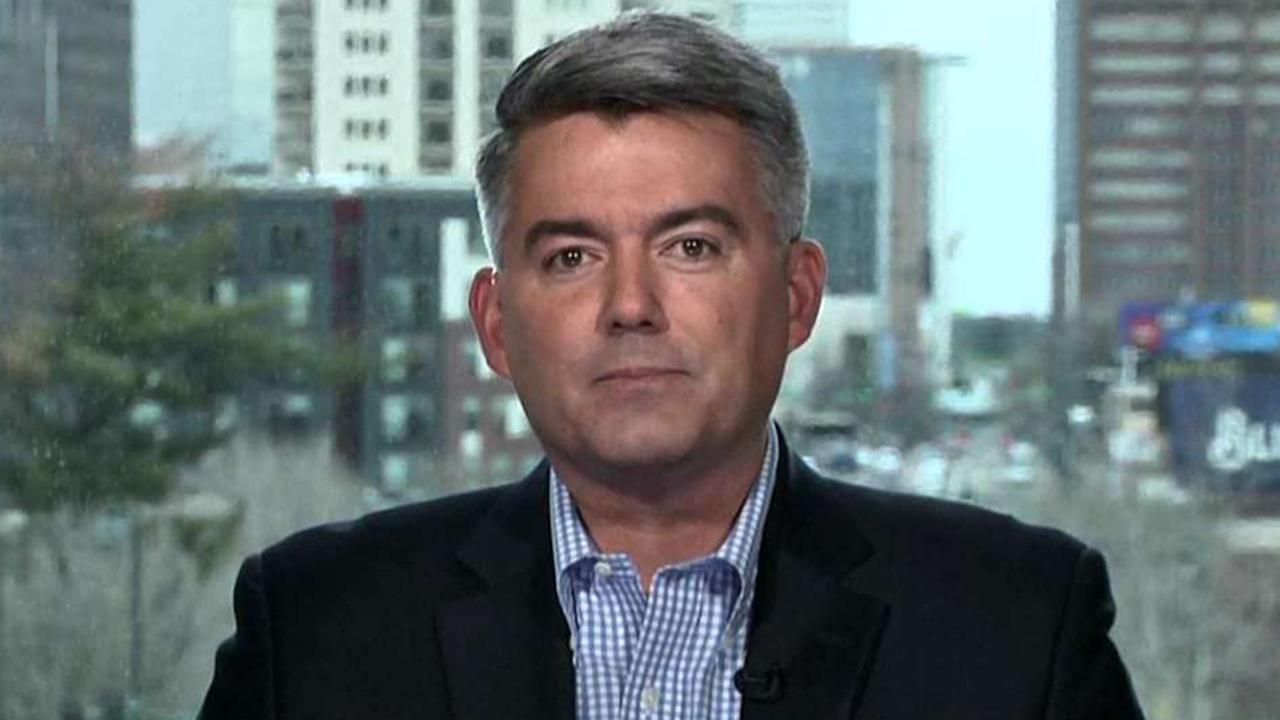 Republican senator from Colorado on whether President Trump has the authority required to authorize a retaliatory strike on Assad regime, discusses Mike Pompeo’s suitability to be secretary of state and potential agreement with the Trump administration to protect states’ rights over the legalization of marijuana.

President Donald Trump has reportedly lent his support to a U.S. senator from Colorado, promising to back legislation that “protects states’ rights” on legalized marijuana.

The president’s decision would represent a split from U.S. Attorney General Jeff Sessions, who in January rescinded an Obama-era policy, known as “the Cole memo,” that gave states more leeway over the federal government on marijuana policy.

In a statement Friday, U.S. Sen. Cory Gardner, a Republican, said he’d received an assurance from the president on the states’ rights’ issue earlier this week.

“Since the campaign, President Trump has consistently supported states’ rights to decide for themselves how best to approach marijuana,” Gardner said. “Late Wednesday, I received a commitment from the President that the Department of Justice’s rescission of the Cole memo will not impact Colorado’s legal marijuana industry.

“Furthermore,” Gardner added, “President Trump has assured me that he will support a federalism-based legislative solution to fix this states’ rights issue once and for all.”

During the 2016 presidential campaign, candidate Trump said states should be able to decide their own marijuana policies. “I’m a states person, it should be up to the states, absolutely,” he told a television interviewer in Colorado that year.

He singled out Colorado, the first state to allow recreational marijuana sales. “They’ve got a lot of problems going on right now in Colorado – some big problems,” Trump said then.

When Trump selected Sessions, a former federal prosecutor and U.S. senator from Alabama, as his attorney general, marijuana supporters girded for a crackdown. But Gardner said Sessions had promised him he’d do nothing to interfere with Colorado’s robust marijuana market.

Gardner said he was blindsided when Sessions made his announcement in January regarding pot prosecutions.

In retaliation, Gardner used his power as a senator to prevent consideration of any nominees for the Department of Justice — an extraordinary step for a senator to use against an administration run by another member of his party.

Recently, Gardner and Justice officials have been in discussions for months to get the holds lifted. Gardner has met with Sessions and Deputy Attorney General Rod Rosenstein, the official overseeing the Russia probe who has been the target of Trump’s ire.

In his Friday statement, Gardner said he had released some holds, but left others in place until he acquired “a full commitment that the guidelines of the Cole Memo would be respected.”

Meanwhile, legislation to protect states where marijuana is legal is still being drafted. Trump’s backing is seen as key to getting a bill through Congress.

Fox News’ Adam Shaw and Jake Gibson and the Associated Press contributed to this report.