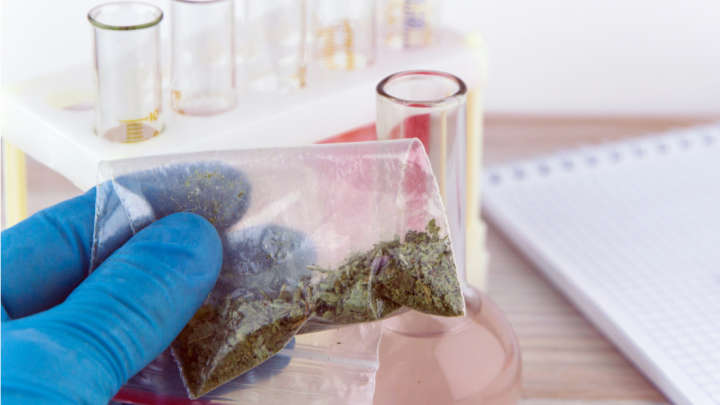 The Illinois Department of Public Health (IDPH) is currently reporting that, since early March, 38 people have been bleeding from various orifices and soft tissues after using a form of synthetic cannabinoids. One person has died.

According to the IDPH, the subjects are suffering from severe bleeding from their nose, eyes, ears, and gums, as well as experiencing heavy menstrual bleeding, and the ejection of bloody remnants through vomiting, coughing, defecating, and urination.

The majority of these cases have cropped up in Tazewell County (12), with Chicago (10) coming in second, as of March 30. Individuals have reported using a range of synthetic cannabinoid products, including K2, a notorious synthetic whose detrimental health effects have made headlines around the world.

Back in 2016, 33 people in Brooklyn died of a suspected overdose of K2. Despite being banned in 2014, K2 is still easily obtainable in New Zealand, and as of 2017, people were still dying after using it.

In this latest case, it’s not clear what specific ingredient – or indeed brand of synthetic cannabinoid – is causing the excessive bleeding, but authorities are looking into it.

According to the Chicago Tribune, however, three people hospitalized after using the substance have tested positive for brodifacoum, which is more commonly known as rat poison. This triggers the body to stop using Vitamin K, which assists in the coagulation and clotting of blood, which could explain the severe bleeding.

According to a 2017 review of K2’s synthetic cannabinoids, they are known to “produce a variety of dangerous acute and chronic adverse effects, including psychosis, seizures, tolerance, dependence, and death.” The CDC notes that “people who smoke these products can react with rapid heart rate, vomiting, agitation, confusion, and hallucinations.”

Bleeding doesn’t appear to be mentioned in the literature, which suggests this is a new side effect, one that’s currently specific to this Illinois variant.

Hundreds of synthetic cannabinoids currently exist, and each year, new ones become available. They’re sold and distributed in numerous ways, with plenty being sold as packages of leaf-like material and others being vaporized, sprayed onto plant material and then smoked.

As explained by the Centers for Disease Control and Prevention (CDC), these drugs replicate the feeling of using the real deal because they act on the same brain cell receptors as cannabis’ tetrahydrocannabinol (THC) using different compounds. Unlike bona fide marijuana, however – whose availability, legality and common forms also vary all over the world – research into the health effects of synthetic cannabinoids is, at present, far less comprehensive.

Depending on where you are, synthetics aren’t necessarily banned, although plenty are. In some parts of the US, general categories of ingredients relating to synthetics, rather than specific chemicals, are outlawed. In fact, part of their popularity stems from the fact that they are not necessarily banned in certain places, or they’re perceived to be legal – or even safe – by those that use them.

The IDPH noted that such synthetics “are often marketed as safe, legal alternatives to that drug,” before stressing that “they are not safe and may affect the brain much more powerfully than marijuana.

“Their actual effects can be unpredictable and, in some cases, more dangerous or even life-threatening.”

Mary JaneType Of Synthetic Pot Linked To Severe Bleeding From The Eyes, Ears, Nose And Mouth04.04.2018