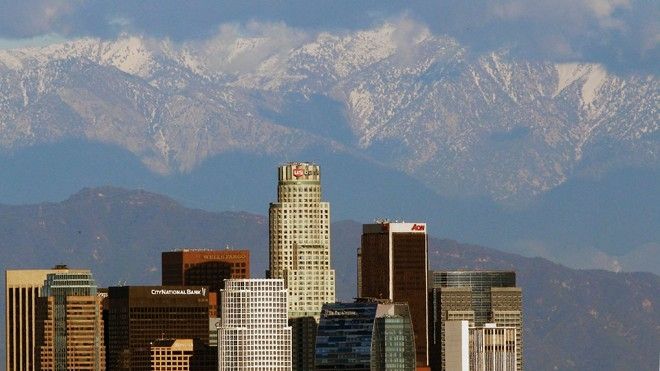 A YouTube video on the mysterious object has gone viral, but there may be a terrestrial explanation for the ‘UFO’.

The video, posted by Julian Lopez, appears to show a Los Angeles County Sheriff’s Department helicopter circling around an unidentified flying object, which some observers say may be an advertisement for marijuana products.

Fox 11 reports that the object was seen floating over the San Gabriel Valley on the morning of Aug. 28.

On the video, Lopez can be heard saying: “A helicopter is circling it. It looks like a big eyeball.”

Other witnesses (as reported by the Pasadena Star News) reported seeing a large, white advertising ballon for a company known as “Brass Knuckles.” Brass Knuckles is described as “the industry leader in Super Premium CO2 extracted cannabis oil products,” according to a medical marijuana website.

One commenter wrote: “[A]t that altitude a balloon would be long gone – this is a powered craft it is the only way it could hold a stationary position.﻿”

SecureTeam10, a YouTube channel known for its conspiracy theory videos, has mentioned the unidentified object in one of its recent videos.