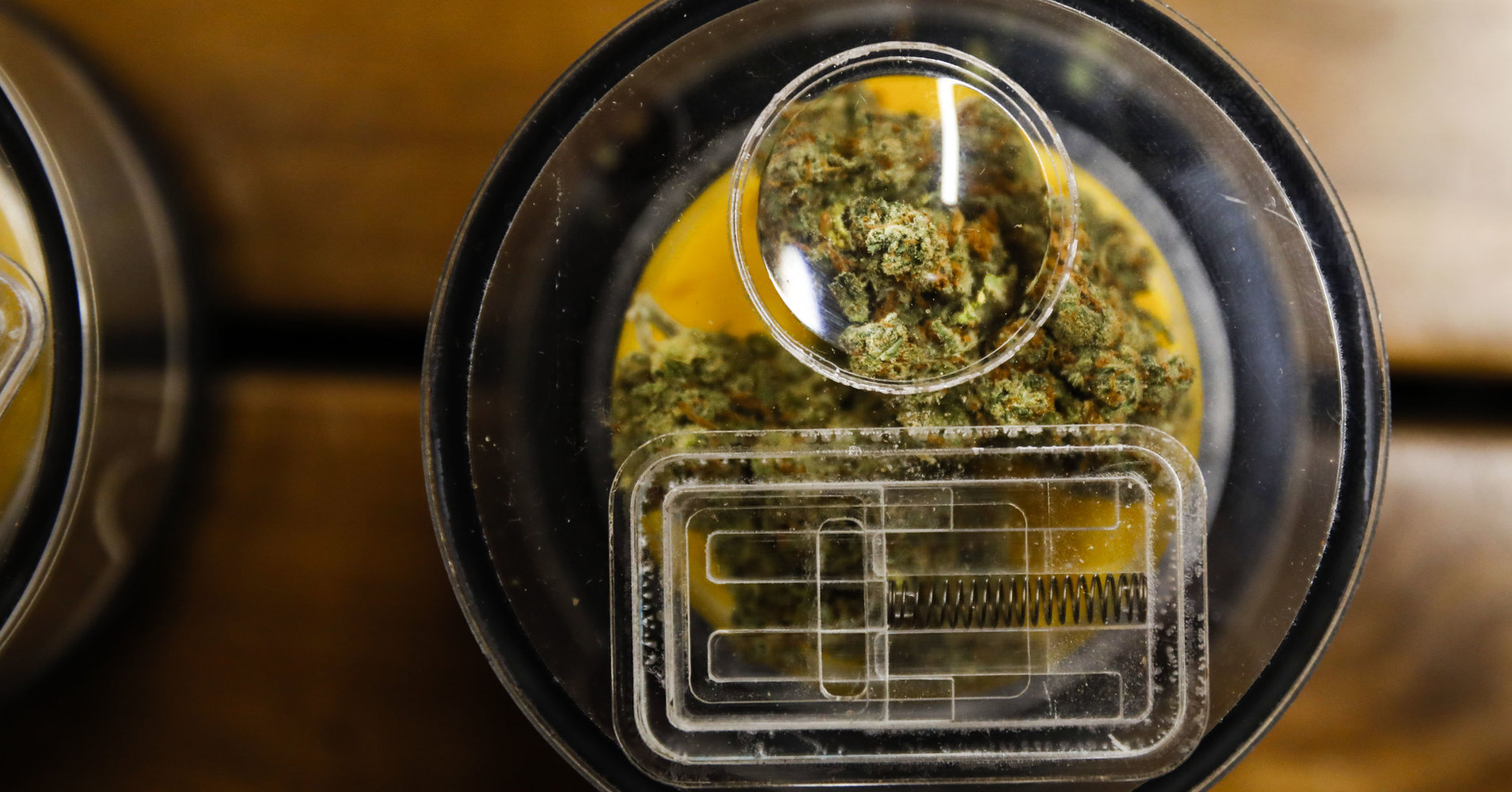 For the first time, a U.S. state has legalized marijuana with the stroke of a pen, not a vote at the ballot box.

Vermont Gov. Phil Scott (R) on Monday signed into law House Bill 511, which legalizes the possession of up to one ounce of cannabis and removes penalties for possession of up to two mature marijuana plants and up to four immature plants. The legislation says nothing about creating a state market for recreational weed, however. The new law will go into effect in July.

“Today, with mixed emotions, I have signed H. 511,” said Scott in a statement addressed to the state’s General Assembly. “I personally believe that what adults do behind closed doors and on private property is their choice, so long as it does not negatively impact the health and safety of others, especially children.”

With Scott’s signature, Vermont will join eight other legal-weed states, as well as Washington, D.C., in a growing movement away from federal law, which still classifies marijuana as a Schedule I substance, alongside heroin and LSD. Vermont legalized medical marijuana in 2004, and is currently among nearly 30 states, plus the territories of Guam and Puerto Rico, and the District of Columbia, with such programs in place.

Although other states have legalized cannabis through ballot initiatives that have left the decision up to voters, Vermont does not allow for such a process. Over the past few years, lawmakers in the state have instead been working to address marijuana reform through legislation. A similar legalization bill made it to Scott’s desk in 2017, but the governor vetoed it, citing concerns with weak language on punishment for the sale of marijuana to minors and its establishment of a commission to study how a regulated cannabis market would work in Vermont.

The final version of H. 511 clarified civil penalties for the sale of marijuana to individuals under 21 years old and removed the commission entirely. Scott has instead created his own marijuana task force, which is examining the state’s involvement in recreational cannabis sales and focusing on developing comprehensive education, prevention and highway safety strategies.

“There must be comprehensive and convincing plans completed in these areas before I will begin to consider the wisdom of implementing a commercial ‘tax-and-regulate’ system for an adult marijuana market,” Scott said on Monday. “It is important for the General Assembly to know that – until we have a workable plan to address each of these concerns – I will veto any additional effort along these lines, which manages to reach my desk.”

Some state officials say the composition of that commission looks to be biased against marijuana, which means recreational weed faces an uncertain future in Vermont.

“There is frustration that the governor’s panels appear to be predetermined in opposition [to a tax-and-regulate model for marijuana sales] versus the sentiment of the House and Senate, which was to move forward,” said Vermont Lt. Gov. David Zuckerman, a Progressive/Democrat.

The governor’s commission is expected to deliver a final report to lawmakers by the end of the year, which would guide them on future legislation to establish a market for cannabis. Under Vermont’s two-step process of legalization, it could be a while before the state sees its first legal marijuana sale, said Matt Simon, the New England political director for the Marijuana Policy Project, a non-profit organization that advocates for cannabis reform around the country.

“The tone of the commission all along has been, ‘Let’s figure out how to do this, regardless of whether we think it should happen or not,’” he said. “They’re gonna come up with specific policy recommendations. Now whether the legislature decides to take those recommendations or not is a whole different story.”

It’s not yet clear if there would be enough support in the state legislature to pass a tax-and-regulate bill without Scott’s support. Vermont requires a two-thirds vote in both chambers to override a gubernatorial veto. With statewide elections upcoming in November, these deliberations seem likely to become a key campaign issue in the coming months, though it’s not yet clear if lawmakers will be willing to put themselves on the record as strong supporters of legal marijuana sales in Vermont.

“Some Republicans feel vulnerable if they support this kind of legislation, even though the support for this is majority across all parties,” said Zuckerman. “The cultural sentiment is still in some of those districts, and they don’t feel the support is there yet.”

Recent surveys have shown strong support for relaxing marijuana laws in Vermont and nationwide. A January HuffPost/YouGov poll showed that 55 percent of Americans favor legalizing marijuana both nationally and in their own states. National support for legalization at the federal level hit a record high 64 percent in a Gallup survey from October 2017, including among a majority of Republicans.

Recreational marijuana has already become a substantial revenue source in the states that have legalized it. Legal marijuana sales in the U.S. hit $6 billion in 2016, with tax revenue in Colorado and Washington, the states that have had legal cannabis markets for the longest, now bringing in hundreds of millions of dollars a year, according to an analysis by the Marijuana Policy Project. Another recent study projected that over a nine-year period, legal marijuana nationwide could provide 1 million new jobs and generate more than $132 billion in federal tax revenue, with nearly $52 billion in sales tax alone.

Without a system to tax and regulate cannabis sales in Vermont, all commerce involving marijuana would remain underground.

“Marijuana is widely available, widely used throughout Vermont. Vermonters spend an awful lot of money on marijuana and it all goes to the illicit market,” said Simon. “Why wouldn’t we have a regulated system so that money would instead go to taxed and regulated businesses and the state would have some revenue to deal with any costs or issues that do arise?”

Despite the clear economic benefits of legal marijuana, the state-federal divide on cannabis laws has gotten deeper over the past month. Lawmakers in the Vermont House of Representatives passed H. 511 just a day after U.S. Attorney General Jeff Sessions released new Justice Department guidance giving federal prosecutors the go-ahead to crack down on state-legal marijuana operations. Although the announcement led to some anxiety in the fledgling marijuana industry, its practical effect remains to be seen.

That Justice Department action alone shows that the political stigma around marijuana reform still hasn’t faded completely, said Zuckerman. But he hopes the Vermont legislature’s successful move toward legalization could serve as an invitation for lawmakers in other states to pursue reform.

“This is a significant signal to other legislative bodies around the country that legislatures can act in the interest of the general population without some of the fear that there will be electoral retribution,” he said. “In the world of making laws, that is often one of the things that lawmakers look at, that potential consequence.”

For now, lawmakers are discussing how best to incorporate Vermont’s progressive principles into any future system of state marijuana sales, Zuckerman said.

“The very broad sentiment from right to left is that nobody wants Big Cannabis to own Vermont, and whatever we do end up drafting for a tax-and-regulate bill will be oriented toward smaller production facilities and a more broad distribution of the economic benefit throughout the state, as opposed to large out of state corporate version,” he said.

Clarification: A previous version of this story indicated Vermont Lt. Gov. David Zuckerman governor is a Democrat. Zuckerman won both the Democratic and Progressive primaries for the position, and has been affiliated with both parties.

Mary JaneVermont Makes History By Legalizing Marijuana, But Its Law Comes With A Catch02.09.2018