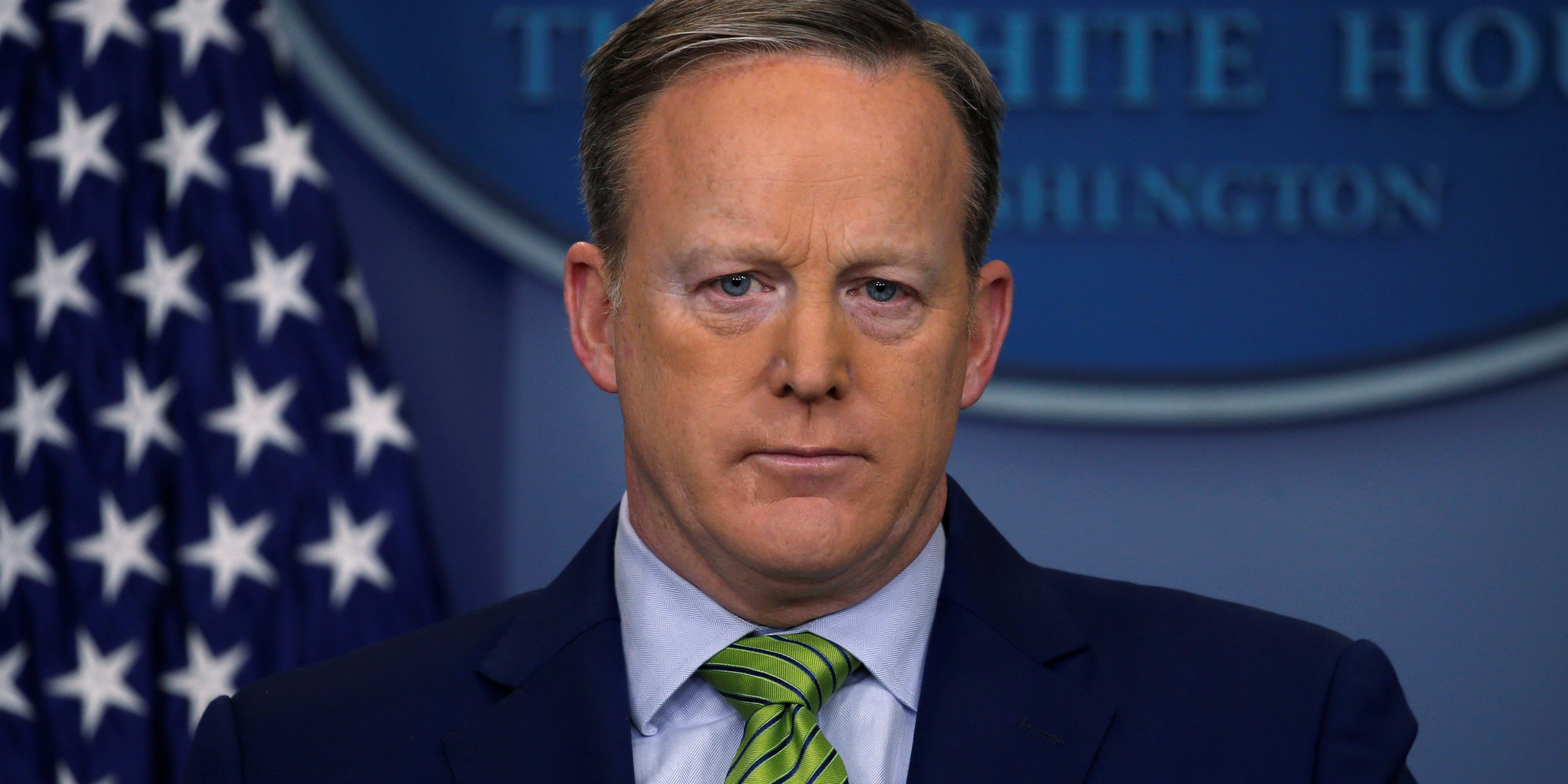 White House press secretary Sean Spicer suggested during a press conference Thursday that the federal government may crack down on states that have legalized recreational marijuana.

Marijuana remains illegal under the federal Controlled Substances Act, despite statewide efforts to scale back on criminalizing the plant over the past few years. Legal recreational marijuana has been approved in eight states and Washington, D.C., which continues to ban sales, unlike the state programs. A total of 28 states have legalized marijuana for medical purposes. FormerPresident Barack Obamas Justice Department allowed states to forge their own way on marijuana policy withguidance urging federal prosecutors to refrain from targeting state-legal marijuana operations. But this guidance is not law and can be reversed by the Trump administration.

Spicers comments Thursday came moments after he addressed the White Houses controversial decision to rescind federal protections barring schools from discriminating against transgender students as a matter of states rights a philosophy that Trump appeared to support with regard to marijuana during his campaign, when he repeatedly saidhe would respect states positions on the issue.But following his election, Trumps selection of Jeff Sessions as attorney general alarmed many drug policy reformers.

Thats because Sessions has long held retrograde views on marijuana and the war on drugs. During a Senate hearing last year, Sessions spoke out against weed and urged the federal government to send the message to the public that good people dont smoke marijuana. He went on to criticize Obama for not speaking out more forcefully against the drug, saying that we need grown-ups in Washington to say marijuana is not the kind of thing that ought to be legalized. In separate comments last year, Sessions also called the legalization of marijuana a mistake.

Either the President is flip-flopping or his staff is, once again, speaking out of turn.” Rep. Jared Polis (D-Colo.)

Earlier this year, during Sessions confirmation hearings, the former Alabama senator offered only vague answers about how he might approach the drug. While he didnt appear to suggest there would be any radical changes to federal enforcement,he left the door open for increased federal interference.

Drug policy reformers have raised concerns that Sessions could use the FBI to crack down on marijuana operations nationwide, or direct the Drug Enforcement Administration to enforce federal prohibition outside of the jurisdiction of the U.S. Court of Appeals for the 9th Circuit.The court ruled in August that a federal rider blocks federal officials from prosecuting state-legal marijuana operators and patients. But that rider must be re-approved annually, and if its allowed to expire, Sessions could then order the DEA to enforce federal law nationally. He could also sue the various state governments that have set up regulatory schemes.

Spicers comments Thursday are also in opposition to statements from Rep. Dana Rohrabacher (R-Calif.), a vocal proponent for reforming marijuana laws, who told The Huffington Post in November that Sessions would not interfere with states that have legalized marijuana,a position that he characterized as consistent with Trumps.

Rep. Jared Polis (D-Colo.), a vocal proponent for reform of federal marijuana laws, said Spicers comments suggest that Trump may be flip-flopping on the issue.

The President has said time and again that the decision about marijuana needs to be left to the states, Polis said in a statement to HuffPost. Now either the President is flip-flopping or his staff is, once again, speaking out of turn, either way these comments leave doubt and uncertainty for the marijuana industry, stifling job growth in my state. The public has spoken on recreational marijuana, weve seen it work in Colorado, and now is the time to lift the federal prohibition.

Rep.Earl Blumenauer (D-Ore.),who launched thecongressional Cannabis Caucusearlier this month along with Polis and two other congressmen, said he was deeply disappointed by Spicers remarks.

The national prohibition of cannabis has been a failure, and millions of voters across the country have demanded a more sensible approach, Blumenauer said. The Cannabis Caucus is a group of lawmakers dedicated to protecting the burgeoning legal weed industry.

A federal crackdown on states that have legalized marijuana is in direct opposition with what American voters have said they want.A new survey from Quinnipiac University released Thursday found that a strong majority of American voters 71 percent want the federal government to respect state marijuana laws. Majorities of Republicans, Democrats, independents and every age group polled agreed: the feds should not enforce prohibition in states that have legalized medical or recreational marijuana.

The trend of state-level legalization also reflects a broader cultural shift towardacceptance of marijuana, the most commonly used illicit substance in the United States. National support for the legalization of marijuana has risen dramatically in recent years, reaching historic highs in multiple polls just last month. States like Colorado have established regulated marijuana marketplaces, and successes there have debunked some lawmakers and law enforcers predictions that such polices would result in disaster.

Recreational use … is something the Department of Justice will be looking into. White House press secretary Sean Spicer

If the administration is looking for ways to become less popular, cracking down on voter-approved marijuana laws would be a great way to do it, said Tom Angell, chairman of Marijuana Majority. On the campaign trail, President Trump clearly and repeatedly pledged that he would leave decisions on cannabis policy to the states. With a clear and growing majority of the country now supporting legalization, reneging on his promises would be a political disaster and huge distraction from the rest of the presidents agenda.

National Cannabis Industry Association executive director Aaron Smith said it would be a mistake for DOJ to overthrow the will of the voters and state governments who have set up regulated adult-use programs.

It would represent a rejection of the values of economic growth, limited government, and respect for federalism that Republicans claim to embrace, Smith said.

Mason Tvert, director of communications for Marijuana Policy Project, said that while Spicer claims theres a difference between medical and recreational marijuana, the benefits and need for regulation apply equally to both.

This administration is claiming that it values states rights, so we hope they will respect the rights of states to determine their own marijuana policies, Tvert added. It is hard to imagine why anyone would want marijuana to be produced and sold by cartels and criminals rather than tightly regulated, taxpaying businesses.

When asked for details on Spicers remarks, Department of Justice spokesman Peter Carr said that DOJ didnt have anything more to provide than what [Spicer] said at todays briefing.

Kevin Sabet, president of anti-legalization group Project SAM, said the current split between federal and state laws is unsustainable and that he was hopeful that the Trump administrations enforcement priorities are pursued in a safe and healthy way.

This isnt an issue about states rights, its an issue of public health and safety for communities, Sabet said.

This story has been updated to include comment from Blumenauer.