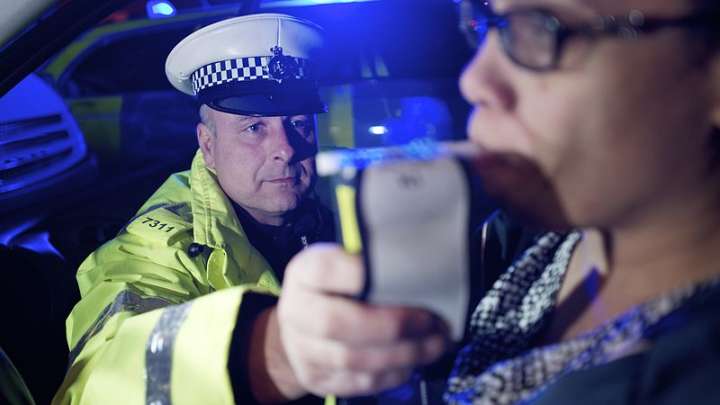 Determining how intoxicated someone is can be quite a difficult task. For alcohol consumption, a substance that the body excretes in a quick, linear fashion, we can measure the amount of metabolic by-products present in the blood using a breathalyzer, or directly measure ethanol levels with a blood test.

Although the issue is somewhat complicated by differing tolerances, research conducted throughout the 20th century showed that nearly everyone loses their ability to drive safely above certain blood alcohol levels.

In the US, medical marijuana is legal in 29 states and adult recreational use is legalized in eight. Widespread popularity of this psychoactive drug seems to necessitate a similar method for measuring whether or not someone is too high to drive.

Actually creating a “weed breathalyzer” or other marijuana field sobriety test, however, is fraught with scientific complications.

According to a commentary published in Trends in Molecular Medicine, the main psychoactive compound in marijuana, THC, not only lingers in the body inconsistently, it also has unpredictable cognitive effects between users.

Early medical studies implied that THC could be detected in the blood for approximately six hours after smoking. Yet subsequent work by the article’s co-author, Marilyn Huestis, found that behavioral changes and motor impairments may last 6-8 hours after smoking despite near zero blood levels after just 2.5 hours.

Even if THC blood levels could accurately judge impairment, taking blood samples after a suspicious accident is likely to be fruitless for law enforcement.

“[Blood levels decline by] 74 percent in the first 30 minutes, and 90 percent by 1.4 hours,” said Huestis to Wired. “And the reason that’s important is because in the US, the average time to get blood drawn [after arrest] is between 1.4 and 4 hours.”

So why do people continue to feel stoned long after the drug is gone from the blood? Unlike ethanol, a hydrophilic molecule, THC doesn’t like hanging out in the water-based blood plasma and rapidly distributes into the cells of lipophilic fatty tissues, organs, and the brain.

“In fact, individual experiences reflect two different levels of drug ‘high,’” the article states. “..Namely a low ‘high’ effect in the absorption phase during cannabis inhalation, and a much higher effect later during the distribution phase owing to the lag time for full distribution of the active THC to the site of action – in this case, the brain.”

Furthermore, the body does not metabolize all the THC absorbed by body tissues at the time of smoking, vaping, or eating; the excess is slowly broken down over days to weeks. Heavy cannabis users will develop a THC tolerance due to this chronic, low-level exposure.

A national poll from 2017 suggests that half of Americans are unconcerned by the prospect of stoned drivers on the roads, but law enforcement officials in many US states have drug-impaired driving laws that they intend to enforce. So, what tools should they use?

Huestis, who is also a senior investigator at the National Institute on Drug Abuse, does not support a legal driving limit for marijuana. She believes that, currently, well-trained police officers are best-suited for recognizing signs of impairment. Meanwhile, researchers such as herself are working to identify biomarkers that are more representative of the drug’s cognitive effects than blood THC. Ideally, these can then be measured using rapid non-invasive tests.

Another interesting prospect: Researchers at University of California San Diego are recruiting participants for a trial to develop an iPad-based cannabis-specialized field sobriety test. Volunteers will randomly receive marijuana joints at various THC concentrations, then complete driving simulations and undergo experimental impairment assessments. You can sign up here.

Mary JaneWhy Is It So Hard To Test For Marijuana Intoxication?02.02.2018