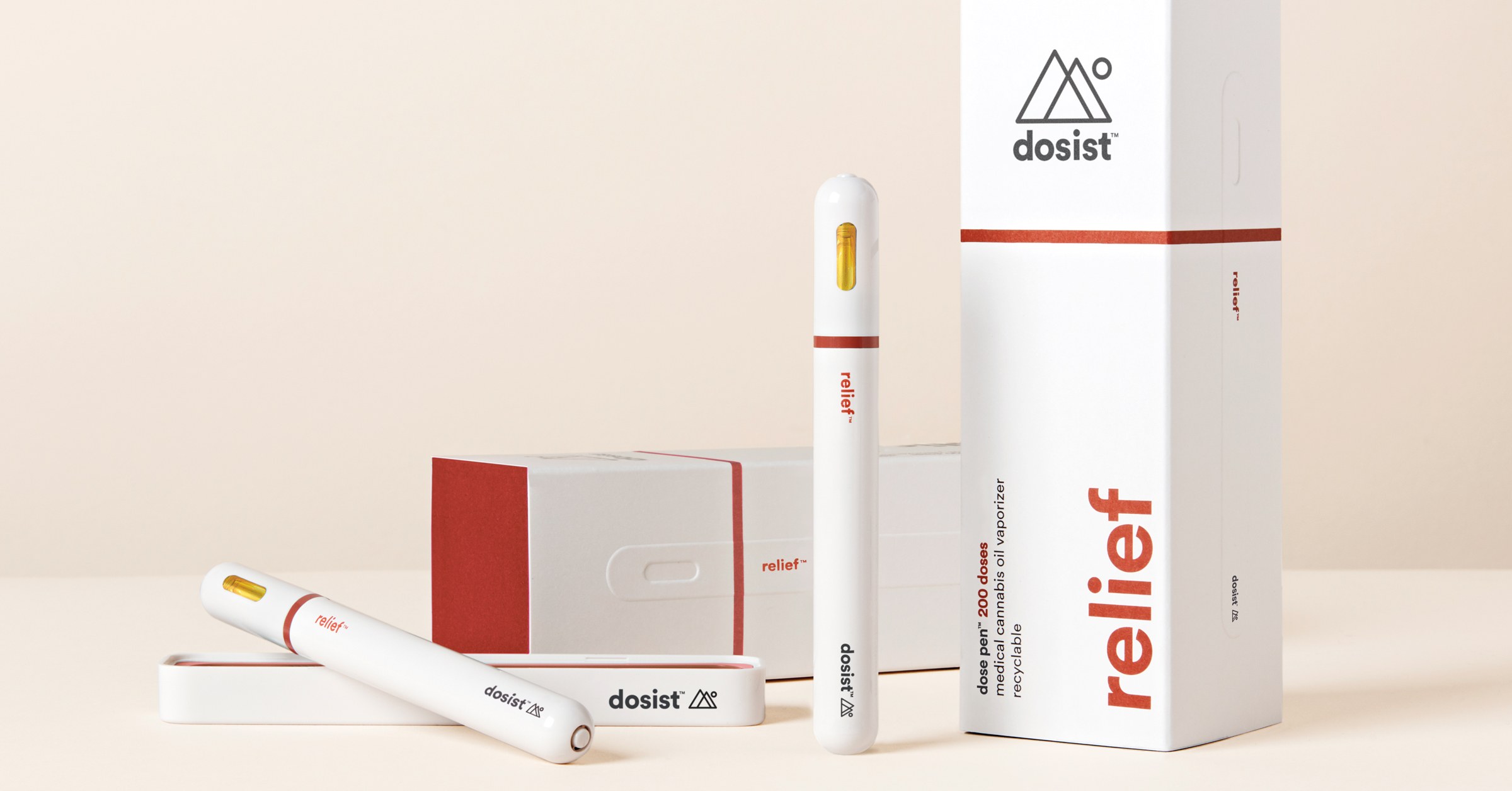 Cannabis is a notoriously finicky drug. Take the right amount and you get relaxation or euphoria, but take too much and it’s a long ride of paranoia. Which makes marijuana tricky for casual users, and potentially problematic for new users who want to use cannabis to treat ailments like pain.

It's difficult to quantify just how much of the drug you’re inhaling through a bong or vaporizer—especially because marijuana contains some 500 chemicals that interact in ways scientists are just beginning to understand. And really, how you end up feeling depends as much on your physiology and state of mind as it does on the plant.

But, some good news. For one, science only has more to learn about how marijuana works on the human body. And two, companies making cannabis devices are figuring out ways to tackle the dosing problem.

Take the Resolve One smart inhaler (formerly known as Breeze) for medical marijuana users who also happen to be data nerds, coming out in May. Think of it like the Keurig of cannabis: Insert a “Smart Pod” of marijuana and the device administers a precise blast of vapor. The device pairs with a smartphone app, where users begin by inputting their pain level. The inhaler calculates the right dose, followed by a drag. Ten minutes later, once the cannabis has kicked in, the app pings them to rate their pain again. This helps the user determine how effective the dose was.

And it helps Resolve One's maker, Resolve Digital Health, do the same: By gathering more and more data, it can build pain profiles. Some folks wake up in pain, for instance, while for others the pain builds throughout the day. So how might cannabis help mitigate these different experiences? How might the drug interact with other medications the person is taking? (Users are encouraged to log these in the Resolve One app.) How do other medical conditions factor into the pain problem? (You log these too.)

Resolve’s goal is to use data from Resolve One to help not only individual users, but to build a better understanding of how cannabis can treat pain. “I think patients of the future, and we're seeing it right now with cannabis patients, are data-empowered patients,” says Rob Adelson, president and CEO of Resolve. “They want information, they want to collect it, they want to share it, they want to compare it.”

Now, it’s clear that accumulating more and more data hasn’t cured cancer or helped humans figure out how to stop aging. But in the case of cannabis, scientists have so little detailed information about user responses that it makes sense to start looking. Especially because the effects of cannabis can vary wildly from user to user. Some people, for instance, can handle higher THC content than others without having a conniption. And how marijuana affects you can even vary based on how much food you’ve had that day, especially if you’re consuming edibles.

“It's going to take a long time for us to get to the level of knowledge that we all need to be at to understand how this plant works, specifically for very specific health conditions,” says Adelson. “But what we'll do is collect that data, and then put some of those insights and findings into clinical studies where we can go deeper into it.”

The uncertainty is especially challenging given how potent cannabis has become. One study found that THC levels have gone up three-fold since 1995, thanks to selective breeding. But patients may be more interested in high levels of CBD, the non-psychoactive component that could help treat ailments like epilepsy.

“Our focus is on mitigating the intoxicating effects of cannabis, which is a very different mindset than a lot of cannabis brands,” says Gunner Winston, CEO of Dosist, which makes dose pens. “A lot of people don't want to be intoxicated.”

The trick may be something called the entourage effect, the idea that the plant’s various compounds interact with one another to put a check on the psychoactive effects on THC. Specifically, you’d want a lot of CBD in there. Yet science hasn’t proved out this effect.

“I think the anecdotal mountain of evidence says that it does exist,” says Jeff Raber, CEO of the Werc Shop, a lab that tests cannabis. “But we don't know why or how or which ones are doing what.”

And that’s just when it comes to ingesting and inhaling cannabis. “We actually know very little about other modes of administration,” says UC San Diego researcher Igor Grant, who studies cannabis. “People talk about having skin patches and various kinds of gels. The work just hasn't been done to show whether that actually delivers the cannabis in the way that you would want in an effective dose.”

But as far as inhaled marijuana is concerned, companies like Resolve Digital Health and Dosist are starting to tackle the quantification problem, the former catering to patients and the later to a more general audience. And they’re betting that demand for a more predictable cannabis experience is only going up.

“People are asking for this,” says Winston of Dosist. “We can debate all day how much science has been done and should be done, but when you look across the country people are demanding cannabis for therapeutic purposes.”

Remember: Until there’s a fool-proof system for accurately dosing inhaled cannabis—and there may never will be—go low and slow. Your brain will thank you.

Inside the Lab That’s Making Sure Your Weed Is Safe

As cannabis use goes recreational in California, producers are facing a reckoning: They’ll either have to clean up their act, or get out of the legal market.