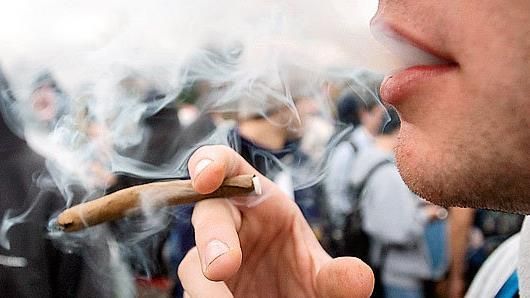 Which state will be next to legalize marijuana in 2018?

The new year in California brings broad legalization of recreational marijuana – a much-anticipated move two decades after the state was the first to allow the use of the drug for medicinal purposes.

California joins states such as Colorado — as well as Washington, D.C. — where pot is permitted for recreational purposes even as the federal government continues to regard the drug as a controlled dangerous substance, like LSD and heroin.

Legalized marijuana is expected to become a $3.7 billion business in California in 2018 and grow to $5.1 billion in 2019 — comparable to the revenue generated by beer sales, Business Insider reported.

The boost to California’s economy could generate more than $1 billion in tax revenue for the state each year, the Hill reported.

Twenty-nine states have adopted medical marijuana laws, while seven other states have legalized recreational use of pot.

BREAKING Recreational marijuana sales are legalised in California. One in five Americans can now purchase a drug banned by the federal government.

Marijuana will now be legal in California for adults age 21 and older, and people will be permitted to grow up to six plants and possess an ounce of pot.

The new state laws — approved by voters in 2016 with the passage of Proposition 64 — were met with joy by some Californians who swapped their champagne glasses for blunts of pot on New Year’s Eve.

“This is something we’ve all been waiting for,” said Johnny Hernandez, a tattoo artist, who celebrated the arrival of 2018 by smoking “Happy New Year blunts” with his family members.

“It is something that can help so many people and there’s no reason why we should not be sharing that,” he added, hoping that the new laws will remove the stigma surrounding the marijuana use.

“People might actually realize weed isn’t bad. It helps a lot of people,” he said.

But authorities remain tense amid the legalization, saying the more liberal attitude toward the drug might bring about problems such as stoned drivers, negatively impact young people, increase the cost of policing and prop up the existing black market – as taxes and fees could raise the retail pot price by as much as 70 percent.

“There’s going to be a public-health cost and a public-safety cost enforcing these new laws and regulations,” said Jonathan Feldman, a legislative advocate for the California Police Chiefs Association. “It remains to be seen if this can balance itself out.”

SFPD says 1 of every 4 drivers is stoned. Now breathalysers are coming out to detect high drivers as California gets ready for recreational marijuana legalization Jan 1. pic.twitter.com/v3eJ7VOGxp

Despite the legalization, it will take time until non-medical pot will be widely available across California. Only 90 businesses so far have acquired a state license to sell pot, most located in San Diego, Santa Cruz, the San Francisco Bay Area and the Palm Springs area.

Residents of Los Angeles and San Francisco will not be able to find recreational pot Jan. 1 as local regulations were not approved in time, so neither city has issued the licenses needed to get state permits for selling recreational pot.

Fresno, Bakersfield and Riverside, meanwhile, have banned the sale of recreational pot.

As part of regulations paving the way to recreational pot in California, other strict laws will take effect on the strains known as Sweet Skunk, Trainwreck and Russian Assassin.

Some business owners are also concerned that once the state starts fully regulating the industry, there could be a shortage of state-approved cannabis in California.

Jamie Garzot, founder of a cannabis shop in Northern California’s Shasta Lake, said she is worried that once the current cannabis crop dries up, there will be a shortage of pot that meets the regulations.

”Playing in the gray market is not an option,” she said. “California produces more cannabis than any state in the nation, but going forward, if it’s not from a state-licensed source, I can’t put it on my shelf. If I choose to do so, I run the risk of losing my license.”